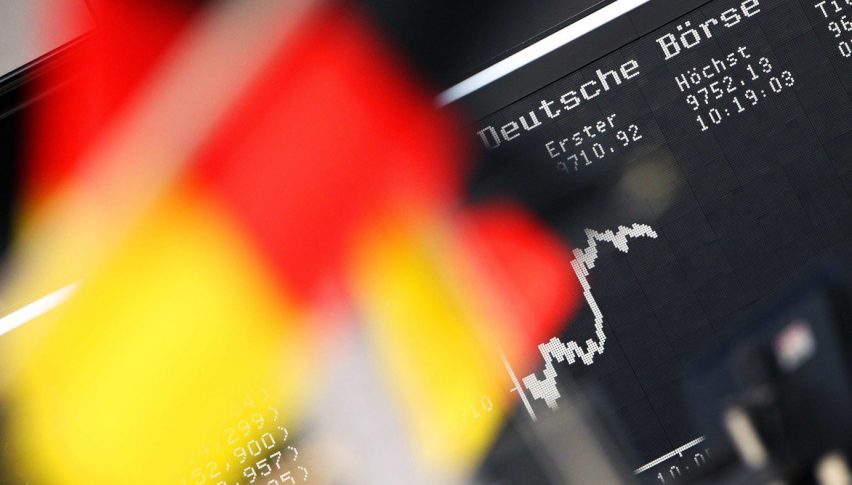 The European Central Bank (ECB) has reduced the quantitative easing (QE) programme and has been thinking about hiking interest rates for quite some time as the European economy came out of trouble after the 2008 financial crisis and the following economic crisis in the next several years. Global and Eurozone economies went through a soft patch in the winter and spring months, but the ECB was expecting the Eurozone economy to improve during the Q2. That isn’t happening.

In fact, we are seeing the opposite right now. Core inflation fell below 1.0% in August and as last week’s report showed, core CPI (consumer price index) inflation remained unchanged in September. But it’s not just inflation. The economic data has shown an increasing softening of the Eurozone economy. Today, the numbers in the services and manufacturing reports showed a further slowdown, heading towards the flat level. Keep in mind as well, the US administration has been planning on placing tariffs on European car imports, so from what we have at our disposition, I expect things to get worse before they get better, unlike the ECB.

The Italian budget was rejected by the EU, but comments from Italian politicians are telling us that they will go ahead with the current budget plan for 2019. So, we don’t know how this will end up but we know it is not good for the Euro and EUR/USD has been declining, losing around 100 pips so far. The GBP has also been falling during the European session. Theresa May is addressing the British Parliament right now and her situation seems dramatic, so the GBP looks doomed.

Eurozone Services PMI – The French services PMI posted a nice jump to 55.6 points against 54.7 points expected and last month was revised higher as well. But, German services posted an even bigter decline from 56.5 points previously to 53.6 points. Last month was revised lower too. This had a bigger impact on Eurozone services figures than the increase of the French services and, as a result, the Eurozone services PMI came at 53.3 points, down from 54.7 points previously.

Eurozone Manufacturing PMI – The situation was more straightforward for manufacturing today. Both French and German manufacturing declined today, missing expectations. So, it was no surprise when Eurozone services PMI came at 52.1 points against 53 .2 points last month. The trend is bearish and the manufacturing PMI seems to be heading towards the flat level at 50 points.

Eurozone M3 Money Supply – M3 money supply, which represents the cash in circulation and deposits in banks, made a big turnaround last month when it declined to 3.5% from around 4% where it has been for many months. It was revised even lower today to 3.4% but at least this month it ticked higher to 3.5%.

UK High Street Lending – High street lending rose to 40k in July but it started falling back lower. Today, the number of mortgages by high street banks came at 38.5k against 39k expected and down from 39.2k last month.

Italian Budget Will Not Change for Salvini – The Italian budget draft for 2019 was rejected by the EU yesterday and today the Italian Deputy Prime Minister Salvini said that Brussels can send as many letters as they want, but the budget won’t change and Italians come first. He added that if Italy had listened to Brussels, the growth would be below 1% now. He has a point there.

EU’s Tusk Being Honest – The President of the European Council Donald Tusk said early in the European session that the EU is ready to call a summit when the UK is ready. The EU can accept a longer transition period. Tusk appeared again later on saying that Brexiteers are 100% for the Irish border problem.

US MBA Mortgage Applications – US MBA mortgage applications made a turnaround this week after falling by 7.1% in the previous week. They grew by 4.9% this week and the components such as the refinancing index, the market index and the purchase index all came above expectations too.

Theresa May Speaking at British Parliament – UK Prime Minister May is speaking in the UK parliament right now, but it has been more of a yelling and mocking session from what I have seen so far. Nothing exclusive on Brexit.

BOC Overnight Rate – The Bank of Canada is expected to hike the interest rate today. This will be the second rate hike this year after the one we saw in July. The BOC is expected to increase them to 1.75% from 1.50% currently, albeit that is all priced in.

BOC Press Conference – As we said, the rate hike has been totally priced in, so the statement, the monetary policy report and the press conference from the Bank of Canada will take all the attention. Inflation and retail sales took a dive in Canada, as last week’s report showed, so it will be interesting to see where the BOC stands now.

FED Member Speak – FED members Bostic and Mester have scheduled speeches this afternoon. Although, we don’t know if they will talk about the monetary policy. 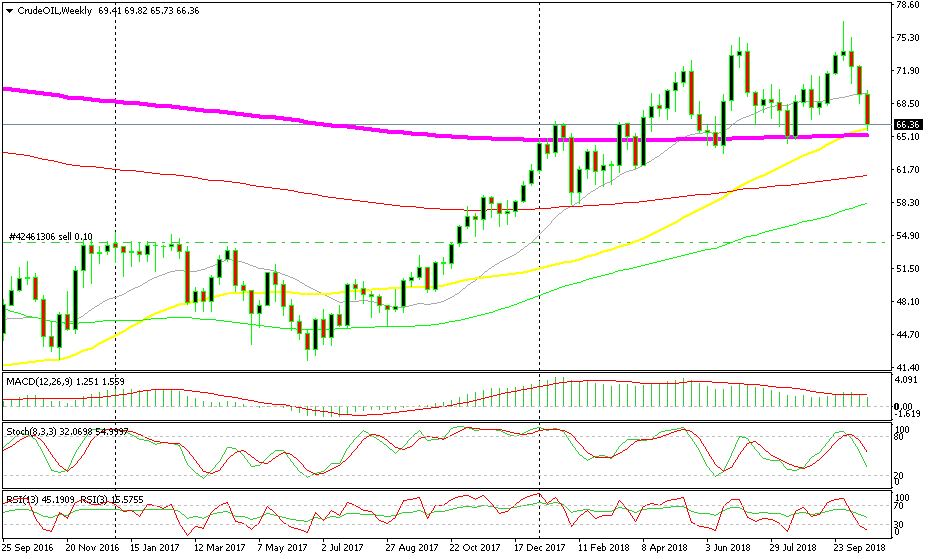 The 100 SMA just caught up to add more strength

EUR/GBP has turned bullish in the last couple of weeks and yesterday we decided to go long here as this pair was retracing lower to the 50 SMA (yellow). Today, this pair retraced back lower after the soft manufacturing and services numbers from Europe. But, the 200 SMA (purple) has been providing support and is not letting go. Now, the 100 SMA (green) has caught up with the price as well, adding more strength to the support area. The stochastic indicator is almost oversold which means that the retrace down will be over soon and the previous candlestick formed a doji, which is a bullish reversing signal.

The Bank of Canada will increase interest rates soon, but everyone is expecting that. So, the attention will be on the statements and the press conference, which will likely increase volatility for CAD pairs. Meanwhile, Theresa May is still at the Parliament but the GBP is not doing much. Perhaps the action will come soon.

The US Job Sector Seems Alright, As ADP Employment Surged
13 hours ago
Comments