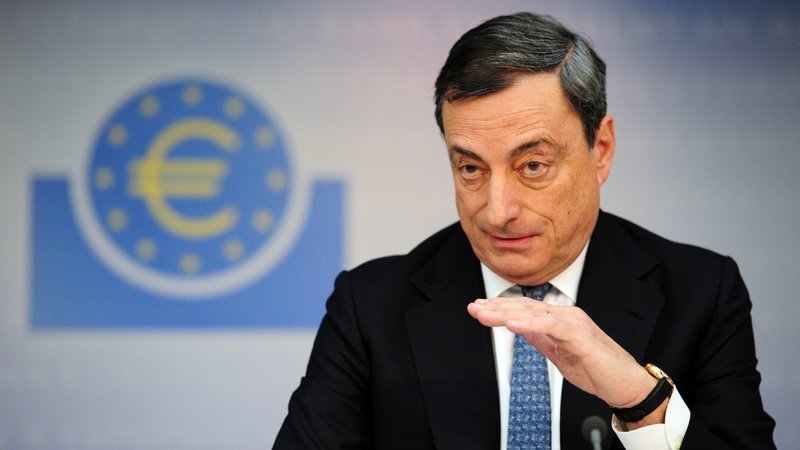 Yesterday was another bad day for stock markets. They had been trading in a range in the last few sessions, but the sentiment deteriorated further in financial markets last afternoon and stock markets made new lows. DAX, CAC, S&P, Nikkei, etc. all dived lower in the afternoon/evening as did USD/JPY and EUR/CHF as safe haven currencies received some strong bids.

Today, stock markets have been climbing higher during the first half of the European session as the sentiment improves a bit. Although, I don’t think the situation has changed, but traders are trying to position themselves before the European Central Bank (ECB) meeting which will start pretty soon. This meeting will be interesting for Euro traders even though interest rates will remain unchanged. But, we will likely get some clues today, especially from the press conference. I say it will be interesting because the ECB has indicated that they will hike interest rates by summer next year. But, inflation has softened and core inflation has dived back below 1%. Besides that, the Eurozone economy is slowing down further as recent and, particularly, yesterday’s data showed.

Di Maio Confident That Bond Spreads Between Italy and Germany Will Narrow – Di Maio said that Italy will not leave the Euro area and that the 2.45 deficit target for next year shouldn’t change. They still have three weeks to make amendments but Italians have said that they don’t have a plan B for the budget.

Spanish Unemployment Rate – Unemployment rate was expected to decline to 14.9% in Spain from 15.3% previously. It fell to 14.6% and the trend looks very promising, but unemployment is still too high in Spain.

China Says It Is Sincere in Trade Talks – These are comments made by the Chinese Commerce Ministry. China also hopes that the US can show sincerity and constructive attitude. Both sides are using softening tones as US midterm elections approach while Chinese stocks are close to a cliff’s edge.

German Ifo Business Climate – The business climate index has increased in Germany during summer months. But, it missed expectations today as it came at 102.8 points against 103.1 expected and down from 103.7 previously.

UK’s Brexit Secretary Hints at No-Deal Brexit – Dominic Raab appeared in the UK Parliament today saying that Britain won’t accept separate customs union and a no-deal Brexit is real. Well, NSS. It is too late for new Brexit talks to restart, he said.

Ireland’s Foreign Minister Responds – Irish Foreign Minister Simon Coveney said that the GBP will fall if UK leaves the EU without a deal. Irish Prime Minister added that there is a chance for a last minute deal. That might actually happen since we are approaching the deadline.

US Refuses to Start Trade talks With China – According to a Wall Street Journal report, the US is unwilling to meet with China until the Chinese come up with concrete proposals to address US trade concerns. If the US asks a solution from China, it seems that the trade war will go on for some time.

US MBA Mortgage ECB Rate Decision – The European Central Bank meeting starts soon, although we know that they won’t move interest rates this time or in the next year for that matter. But, the formal decision has to be made.

ECB Press Conference – As we explained above, the press conference will be very interesting today because the Eurozone economy is showing signs of weakness and inflation has softened again. Maybe the ECB will signal the markets today that they intend to postpone rate hikes further than next summer. We will see.

Prelim Wholesale Inventories – Wholesale inventories increased by 0.85% last month which were revised higher today to 1.0% and are expected to increase again by 0.5% today. The increase means that firms will purchase less material in the coming weeks, but the higher inventories help increase the GDP as they are included in calculations.

US Unemployment Claims – US unemployment claims are expected to come at 214k today, up from 211k last month. Not much of a change, these numbers are still within the normal range.

US Pending Home Sales – US pending home sales have been decreasing in the last four out of five months and they are expected to decline again by 0.1%. The trend doesn’t look good. Are these the first signs of another housing crisis in the US? 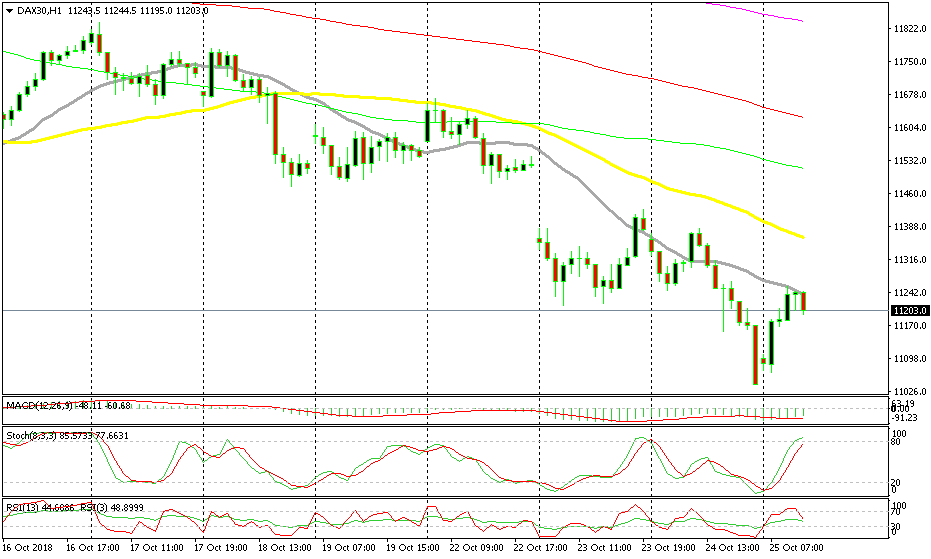 The 20 SMA is capping the pullback

Stock markets have been on a solid downtrend in the last few months and yesterday, they made new recent lows. Although, they have been retracing higher today and DAX seems to have completed the retrace. The stochastic indicator is overbought, and the 20 SMA (grey) is providing resistance. The previous candlestick also closed as a pin which is a reversing signal and now it seems that the reversal is happening. We might open a sell signal here soon.

The European Central Bank has left interest rates unchanged as expected as well as leaving the asset purchase program as it is at 15 billion Euros monthly. Markets are unmoved, but the press conference is coming soon so let’s get ready for that.

USD Posts Rebound Session Across The Majors
10 hours ago 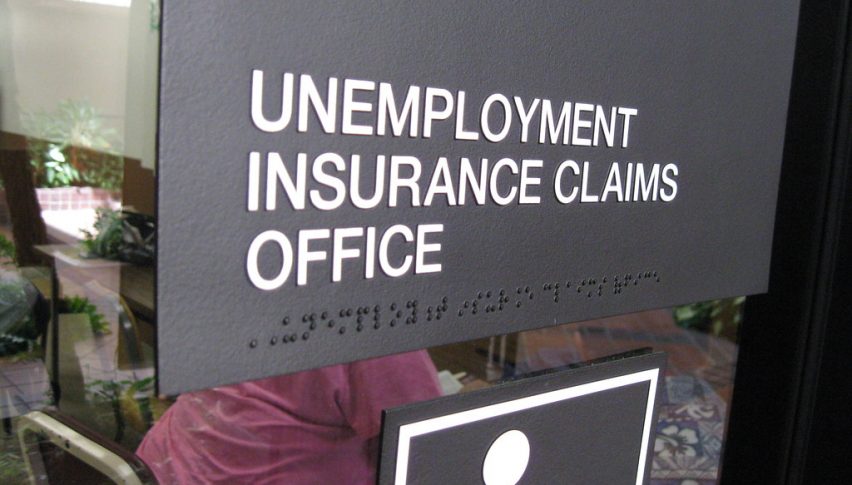