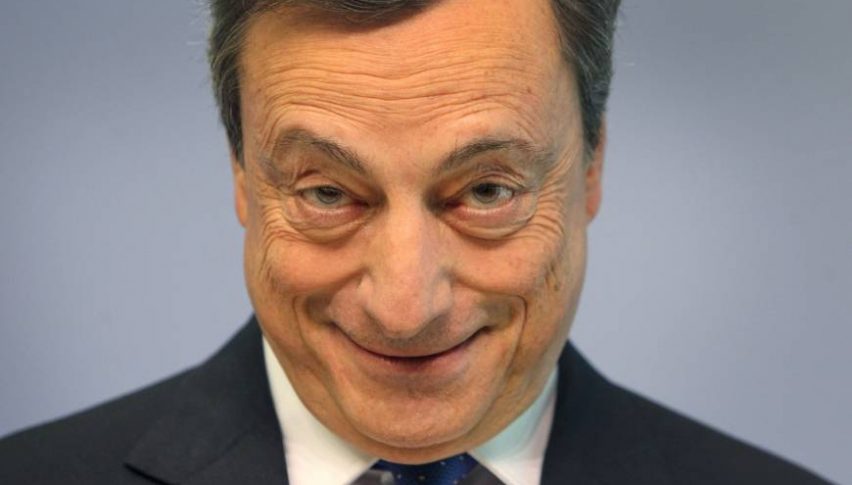 Mario Draghi Sounds Dovish but the Euro is not Listening

We can postpone the end of the QE and the rate hikes if we want, right?

The ECB meeting is now over and as everyone was anticipating, they left main refinancing rates unchanged at 0.0% and the deposit rates at -0.40%. But, the statement and some of Draghi’s comments sound dovish, although the Euro is little moved so far. Here is a quick review:

As you can see, most of the comments look pretty dovish. The underlining assumption is that the ECB might postpone the end of the quantitative easing program beyond December. Nothing on the beginning of the rate hike process, which is another dovish signal.

EUR/USD moved around 20 pips higher, although that might have been a result of the US durable goods orders report. It is reversing back down now, although I would have expected the bearish trend to resume after the dovish comments from the ECB. Let’s see if the move will come when Draghi is done with the conference.

The Euro Pops on ECB Statement
10 hours ago
Comments