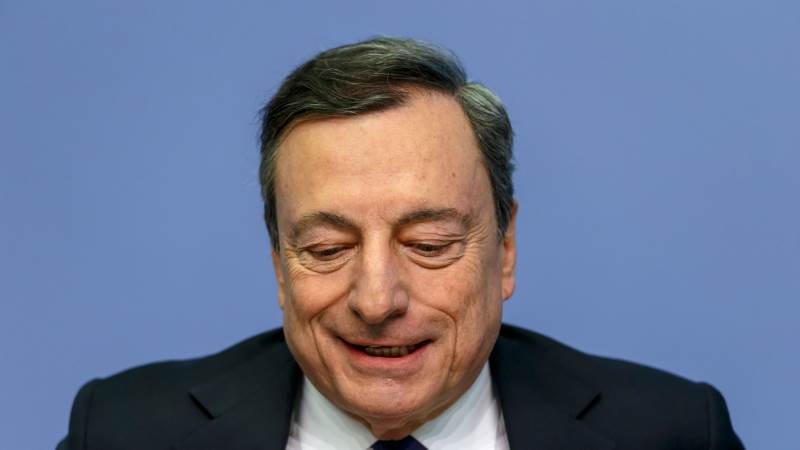 Yesterday, the ECB statement and press conference sounded sort of dovish. The European Central Bank had acknowledged the weakness of the Eurozone economy this year. They had been expecting the economy to pickup in Q3, but instead, the economy has slowed further in recent months. The service and especially the manufacturing numbers earlier this week were pretty soft and Draghi’s remarks sounded more dovish or less hawkish than what we have heard this year from the ECB.

Odds for a rate hike in September next year by the ECB were at 90% yesterday before the ECB meeting. Today, those odds have declined below 50%. As a result, the sentiment has turned negative again today, particularly during the European session. The ECB lowered growth and core inflation forecasts today as well, which didn’t help much. Stock markets opened with a gap lower today and continued to slip during the European session as the sentiment deteriorate, while safe havens received some pretty strong bids as we saw in JPY and GOLD. Although, the markets are reversing now as the US session is already underway, so let’s have a look in detail at what has happened today.

Italians Expect Rating Agencies to Be Generous – Italy’s Borghi said early this morning that he expects S&P rating decision to be moderate, which means that he is expecting a downgrade. He added that Draghi should stop talking about Italy leaving the Euro and the ECB talking about possible problems with Italian banks can cause more problems.

ECB Lowers Growth and Inflation Forecasts – The European Central Bank released its GDP forecast for the three year period from 2018 to 2020. Core inflation and growth forecasts for this period were revised lower which worsened the sentiment in financial markets.

German GfK Consumer Climate – Consumer climate has slipped from 10.7 points several months ago to 10.6 points and was expected to decrease further to 10.5 points today. But, it came at 10.6 points. Although, the business climate is not holding up.

Di Maio Attacks Draghi Too – Italians are taking turns on Mario Draghi today. The Deputy PM of Italy said a while ago that Draghi’s comments are poisoning the climate for Italy. These sort of comments will only make the situation worse in my opinion.

Volatility is Typical for FED’s Kaplan – FED’s Cleveland Member Robert Kaplan was commenting a while ago saying that the volatility in markets is typical. But, there is no need for panic as markets are orderly and functioning. She sees interest rates at 3% in the long run.

Mario Draghi Speaks Again – The ECB President Mario Draghi will speak in Brussels today, although we don’t know if he will touch the monetary policy. Things will likely get interesting if there are question. We would like some clarifications after yesterday’s dovish remarks. 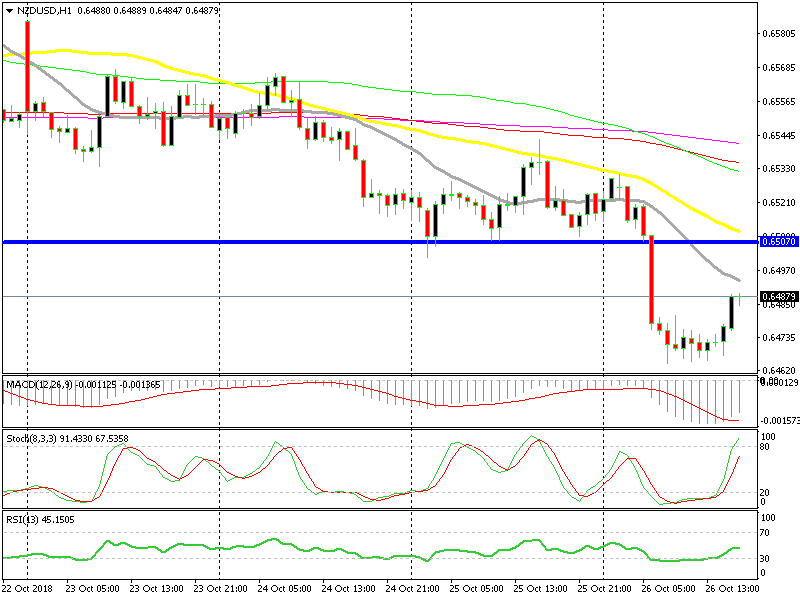 The 20 SMA has already caught up with the price

The downtrend in commodity dollars has picked up pace as the US picks up strength. But, NZD/USD has been forming a retrace in the last several hours which we see as a great opportunity to go short on this pair. The 20 SMA (grey) is pretty close while the 50 SMA (yellow) is catching up. The 50 SMA is close to the 0.65 level now which used to be support, but now it will likely turn into resistance. The 50 SMA will add extra strength to this area, so if NZD/USD climbs up there, we will feel persuaded to open a sell signal.

The US economy grew more than expected in Q3 which is great, but inflation softened as the GDP price index showed. So, it was a bit of a mixed report, but leaning more towards the positive side. ECB’s Mario Draghi has started his speech in Brussels but it will only get interesting if there is a question and answer session after the speech.

The Euro Pops on ECB Statement
10 hours ago
Comments