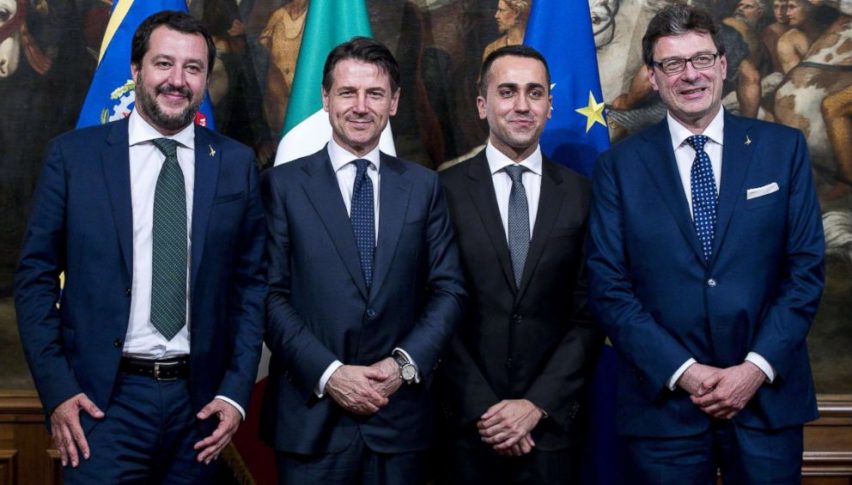 This bunch won't bow down to the pressure from the EU

Italian politicians are trying to push the budget for next year through the European Commission for approval. The issue that the EU has is that the deficit is planned to be at 2.4%. It falls within the EU rules for a 3% maximum, but the national debt in Italy stands at 130% of the GDP, which is second only to Greece.

We know what happened in Greece; the EU lost hundreds of billions of Euros bailing Greece out. Italy is six times the size of Greece demographically and 10 times economically, so if Italy falls in a similar situation as Greece, then the EU will go bankrupt trying to save Italy.

But, Italian politicians have argued that next year’s budget will help the economy grow faster. They are expecting the GDP to grow by 1.6% next year while the International Monetary Fund (IMF) expects a 1% growth next year.

The EU seems to believe the IMF more than the Italian politicians for that. It would help if the economic data from Italy supported the claims of Italian politicians, but it is going the other way from what we have seen in recent days.

Yesterday, the Italian economy was expected to have increased by 0.2% in Q3, but the GDP figure came at 0%. Meaning, no growth at all in Q3. Today, inflation for October came in flat as well at 0%, while it was expected to grow by 0.2%. Last month’s number was also revised lower to -0.5% from -0.4%.

Then, came the unemployment rate. Unemployment has been on a declining trend, falling to 9.7% last month. It was expected to increase by two points today to 9.9% which would be pretty bad on its own. But, it increased by four points to 10.1%, while last month’s number was revised higher to 9.8%.

So, the economic figures are not supporting the cause of Italian politicians that the economy will grow faster which would help reduce the deficit in return. But, they are still seeing the glass half full; they said yesterday that since the economy is not doing well, Italy needs a generous budget with fiscal stimulus to help revive it.

But, the European Commission rejected it last week, although Italians still have some more time to make changes. They are not changing it though, so we will see how this situation will evolve in the coming weeks.