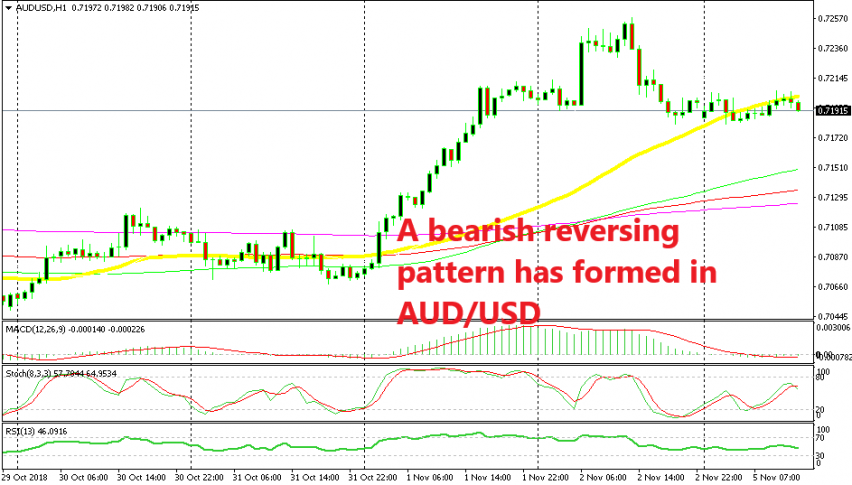 The 50 SMA is not letting AUD/USD make additional gains

AUD/USD surged higher in the last two days of the previous week, climbing nearly 200 pips. Although, this move wasn’t driven by the AUD. It was a broad-based move across all USD pairs as forex traders adjusted their positions ahead of the US mid-term elections.

But, the adjustment seems to be over now since the decline in USD has stopped. AUD/USD, as well as other pairs, have been trying to move higher this morning, but without much success. This means that whatever was underway on Thursday and Friday last week, is now over.

We could have sold NZD/USD instead, but the price in that pair is trading above the 50 SMA (yellow) which is providing support. On the other hand, AUD/USD is trading below the 50 SMA as you can see from the chart above.

As we mentioned above, AUD/USD has been trying to resume the bullish trend of the last two days from last week, but the 50 SMA has been providing solid resistance all morning today. The stochastic indicator is also nearly overbought and turning down now. Besides that, the last three H1 candlesticks closed as dojis which are reversing signals after the small climb this morning. So, we decided to sell AUD/USD instead.