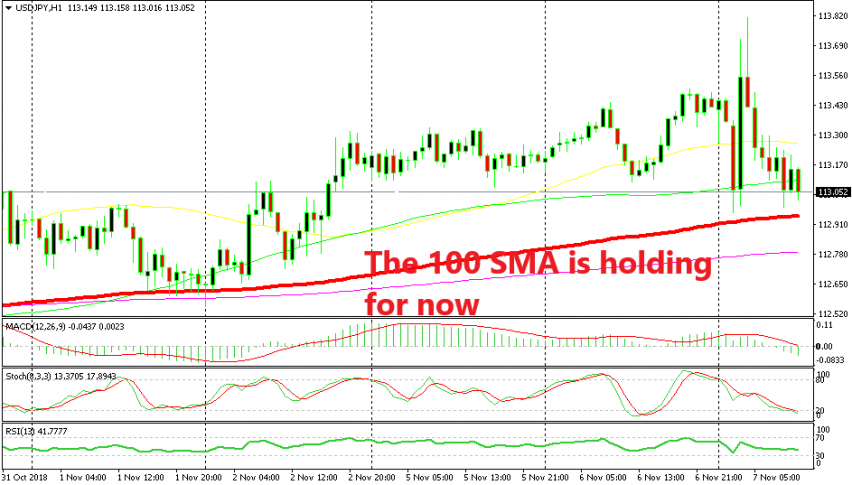 Buying the Decline in USD/JPY Above the 100 SMA

USD/JPY reversed after the initial jump

The US Dollar has been under a bit of pressure this morning as it becomes increasingly apparent that the Democratic Party will take the Congress. As we mentioned before, this means some obstacles for the White House administration in order to implement their policies.

Although, the decline seems to have slowed in the last hour or so. USD/JPY jumped higher initially but then reversed as the results started coming out and it has been sliding during most of the Asian session and during the beginning of the European session.

But as I said, the decline has slowed considerably now and USD/JPY has reached/got pretty close to the 100 SMA (red). This moving average provided support last week and again this morning when the price jumped off of it.

The trend is still bullish, so we are in the right direction. Besides that, the stochastic indicator is oversold now which means that the retrace lower is complete. The area around here is also a big round level at 113, so it should add some more strength to the support.