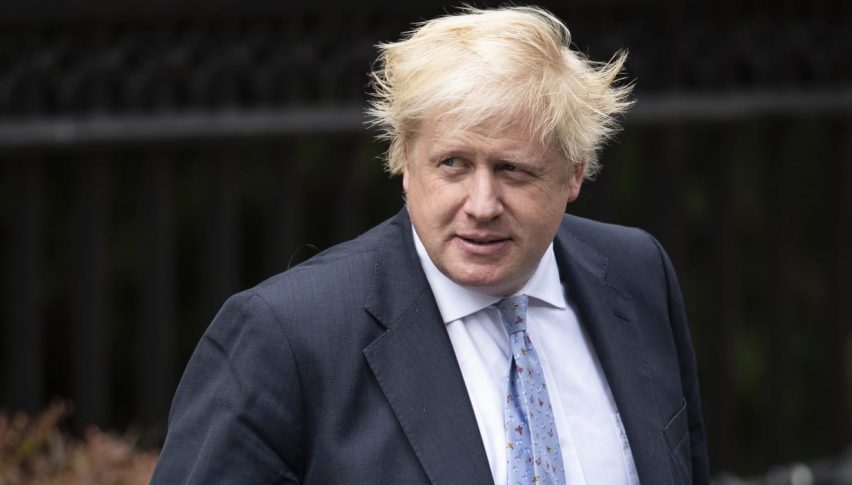 Brexit news has been hitting the wires today since early in the morning. We heard rumours from the EU and from British Politicians that a deal is out of reach this week or in November, and then we heard more rumours that a solution could be found this week on the Irish backstop. But if there is one thing that we have learned during these last two years, it is that we should believe nothing until everything has been signed and sealed. That’s what the market is doing as well. Until a month ago, GBP pairs used to jump higher on every Brexit-related rumour, but now the market is ignoring them all.

The earnings report from the UK was pretty impressive today. The pace of the increase in wages and salaries grew further to 3.0% 3M/Y against 2.7% previously. This is the third month that they increased, so the declining trend is over and growth is near the highs now. Non-bonus earnings increased by 3.2% which is faster than including bonuses and that means that the financial companies and firms are holding on, since most of the bonuses in UK come from the banking and financial sector. So perhaps financial businesses are taking flight out of the City of London.  The situation doesn’t look very bright in Europe either with the business sentiment in Germany and the Eurozone declining further. At least the ECB is starting to accept the economic slowdown in Europe. 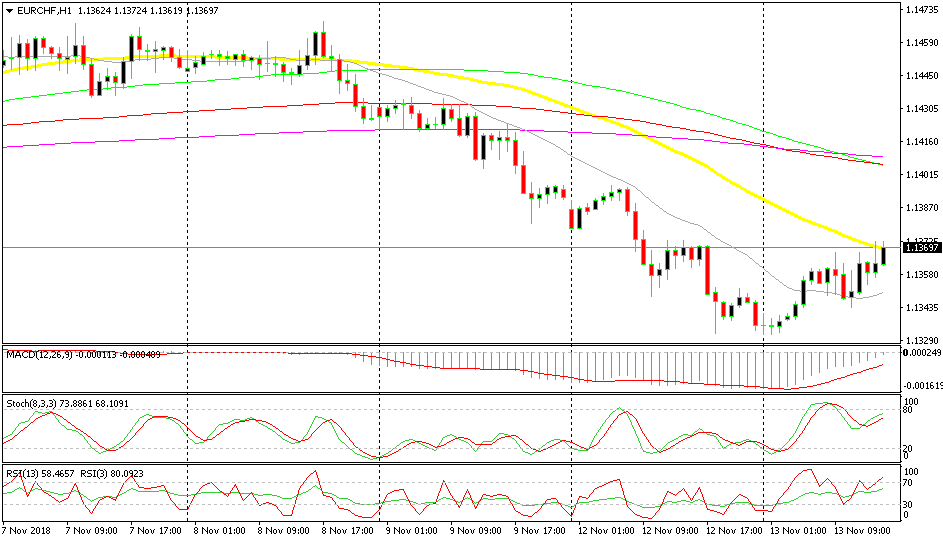 This pair should resume the bearish trend soon

EUR/CHF has turned pretty bearish in the last three weeks, losing around 250 pips from top to bottom. Although, it has retraced higher today and on the H1 chart time-frame it has completed the retrace. The stochastic indicator is overbought and the 50 SMA (yellow) is providing resistance on top, so we are thinking about getting short on this forex pair.

The rumours about a Brexit deal are piling up and with the November deadline being tomorrow, we might actually get a confirmation from the UK and the EU. Whatever the case with the Irish backstop, if a deal is confirmed, then the GBP should surge which will pull up the Euro as well for some time. So, keep an eye on our news feed to see for Brexit news and probably get some good pips on that move if it happens.