A day before, the British Pound surged following reports that UK Prime Minister Theresa May obtained support from her Cabinet for a draft Brexit deal. The agreement retains the UK within the customs union of the EU for an indefinite amount of time and covers a 21-month transformation period after UK’s departure in March next year.

The British Pound is taking a slight reversal as bears have started taking profits. The GBP/USD is trading near 1.2880 after falling to 1.2840. But the renewed Brexit concerns are seeing the Pound get hindered in the broader market scope, with earlier hopes for a last-minute agreement emerging this week once again getting beaten on the rocks.

On the 4 hour chart, the cable took a bullish turn to test the resistance level at $1.3025, but it failed to give us a bullish crossover. This signifies uncertainty regarding the bullish reversal in the pair. The GBP/USD pair may face an immediate resistance near $1.3025 and the violation of this level may add further buying until $1.3100, while the support prevails at $1.2920. 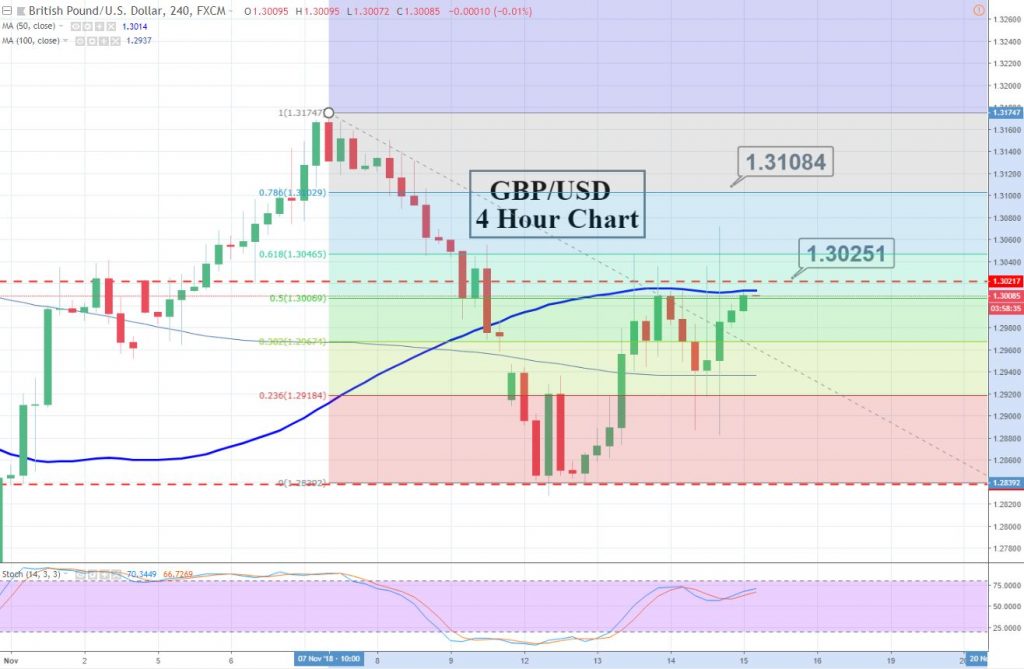 GBP – Retail Sales m/m: The Office for National Statistics is due to release the retail sales data at 9:30 (GMT). It’s the primary gauge of consumer spending, which accounts for the majority of overall economic activity. In October, the retail sales plunged by -0.8% vs. the forecast of -0.4%.

This month, economists are expecting a jump of 0.2% in retail sales. A positive number for sales indicates a potential growth in inflation and optimism in the economy. Therefore, the Sterling bears can face challenges today.

USD – Retail Sales m/m: The Census Bureau is due to release the retail sales data at 13:30 (GMT). Economists are expecting a 0.6% rise in retail sales and 0.5% rise in core retail sales which is beating the previous month’s 0.1% and -0.1% respectively. A higher number of sales indicate a higher inflation and growing economy. So, the positive data will be good for the Greenback.