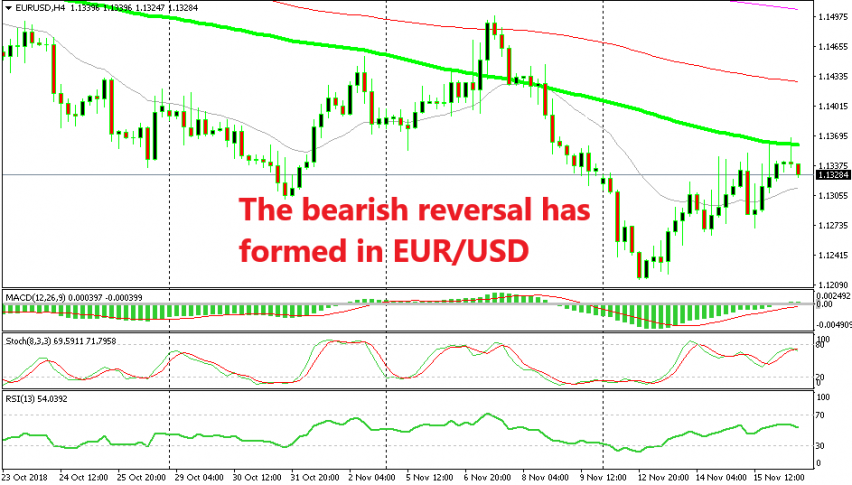 The President of the European Central Bank held a speech in Frankfurt about an hour ago. He acknowledged the current weakness in the Eurozone economy but still sees the risk related to economic growth as balanced.

That should be a bit relieving for the Euro but EUR/USD is reversing down after Draghi’s speech. Although, this forex pair is on a major downtrend so we’re not really surprised for the bearish reversal that it has formed.

As you can see from the H4 chart above, EUR/USD completed the bearish leg last week, falling from 1.15 to 1.1215. This week it retraced higher after Theresa May finally reached a Brexit deal, although we still don’t know how that will end up since May is likely to go through a vote of no-confidence in the British Parliament.

So, EUR/USD retraced higher this week but it is finding solid resistance at the 100 SMA (green). This moving average has been providing resistance in the last couple of session and the stochastic indicator is now overbought, which means that the retrace higher is complete.

The previous candlestick closed as a doji, which is a reversing signal. The current H4 candlestick is already starting to look bearish so it seems that the reversal is already happening. This looks like a great opportunity to go short on EUR/USD with a stop above the 100 SMA.