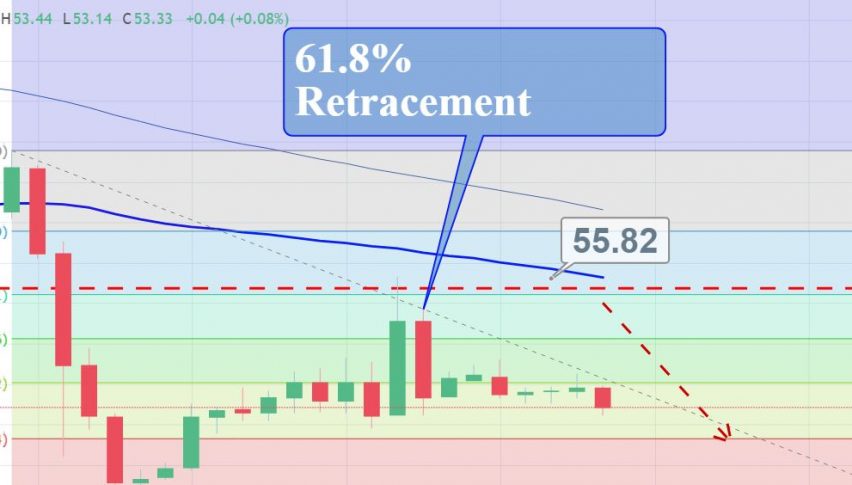 What’s up, traders.
WTI crude oil prices slipped during the Asian session amid a rise in stockpile figures. The US crude inventories ballooned to their highest level since December 2017 despite the potential for a supply cut by OPEC. The fundamentals haven’t changed much.

EIA Report – According to the Energy Information Administration crude oil inventories rose by 4.9 million barrels to 446.91 million barrels last week. That’s the highest level since December 2017. In addition to the fundamentals discussed in our previous update, WTI Crude Oil Collapses on Saudi Oil Production – EIA Report Up Next, the EIA report is adding further pressure on crude oil prices today. 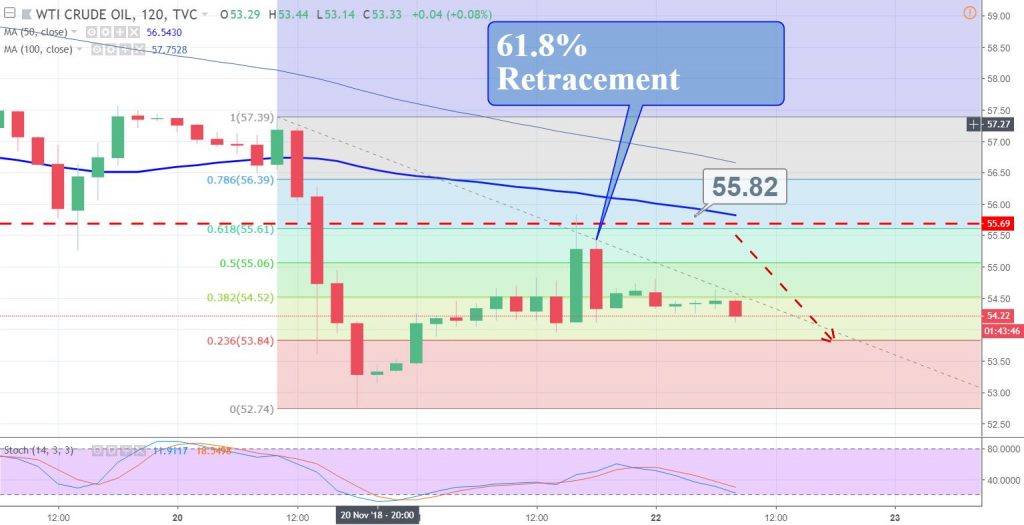 Besides fundamentals, the technical outlook is also demonstrating the bearish bias. Crude oil has completed 61.8% retracement on the 2-hour chart at $55.70 and the same level is working as a resistance today.

Strongest Month In History For WTI Crude Oil
7 hours ago