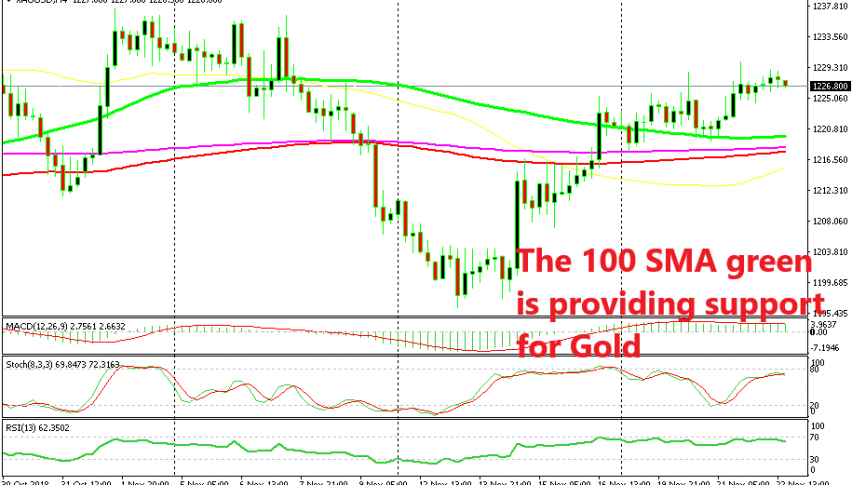 Moving Averages Turn From Resistance to Support for Gold

Gold turned pretty bearish during the second week this month, after the US midterm elections were over and the FOMC statement was released. But, it made another reversal, this time bullish at the zone surrounding $1,200 after it formed a doji candlestick on the daily chart.

That moving average stands at around $1,220 at the moment, so that area looks like a good place to go long. If Gold tries the downside again soon and the 100 SMA holds, then we might be persuaded to open a buy forex signals at that level.