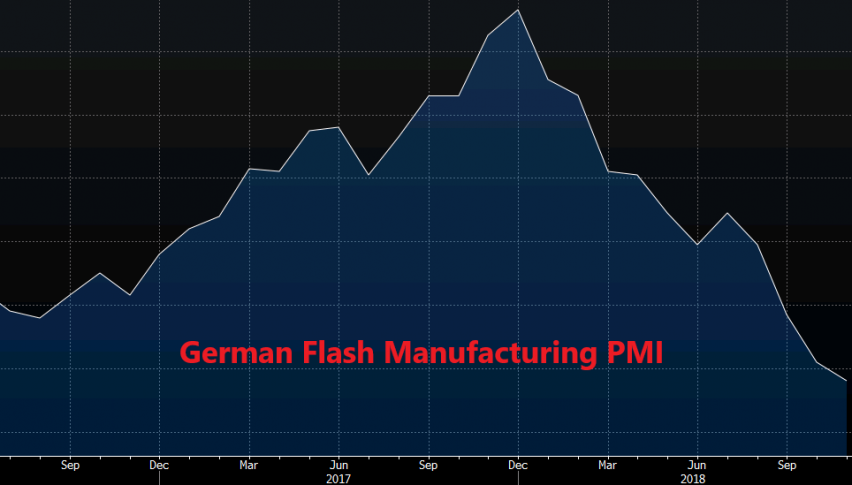 Services and Manufacturing Continue to Weaken in the Eurozone

The European Central Bank (ECB) has been pretty sure that the weakness in Q2 for the Eurozone economy was temporary and they have repeated many times that the economy would rebound in Q3 and towards the end of the year. But the numbers have only been getting worse every month.

Services in the Eurozone have declined from around 57 points in January to around 53 points now. What’s worse is that manufacturing, which is the backbone of the core European economies, has been declining even faster.

Manufacturing used to be at around 60 points at the beginning of the year, but now it stands at just 51.5 points, which is pretty close to falling flat or even contracting. Below is the table with all the numbers.

As you can see, almost all actual numbers are considerably lower than expected. The Euro has turned bearish now considering that the ECB will have to accept that the Eurozone economy has not really rebounded in Q3. I suppose the odds for a rate hike next September will be even lower now.

EUR/USD is bound to resume the bearish trend and remain bearish for some time. I expect to see 1.10 in the coming weeks.

The Reversal Begins in US, as Unemployment Rate Declines in May
23 hours ago