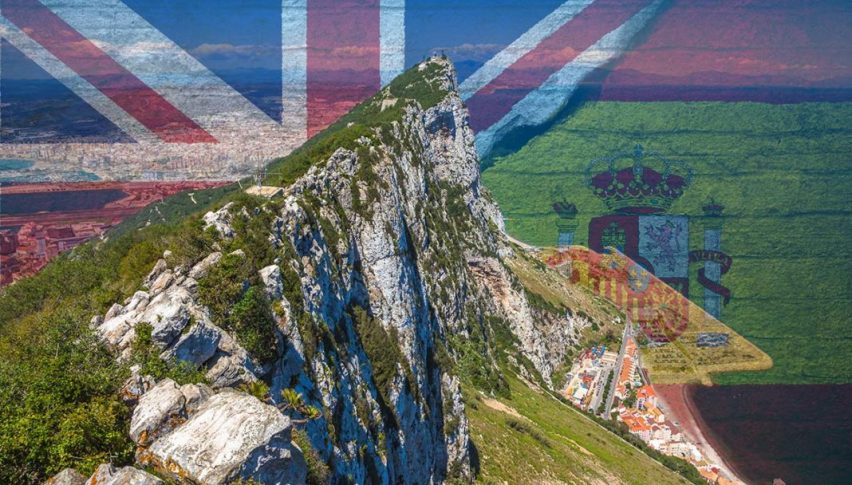 Europe has two major fundamental problems at the moment – the Irish border regarding Brexit and the Italian budget for next year which is unlikely to be accepted by the EU. EU’s Budget Commissioner Moscovici was convinced yesterday that they could reach an agreement with Italy and Italian politicians are still calling for dialogue with the EU, not war, as Di Maio said this morning, but both sides are standing firm on their position when it comes to the 2.4% budget deficit, so I don’t see how they can find common ground. An Italian official was rumored to resign over this issue today.

The Irish border issue remains unresolved, but now we have another border problem for Theresa May in Gibraltar. Spain has threatened to veto the EU-UK agreement which might bite Britain later when they try to strike a trade deal post-Brexit.

Besides all this, the Eurozone services and manufacturing data today was very weak and it seems like these sectors might fall flat or contract in the coming months. The economic rebound that the ECB had hoped for in Q3 doesn’t seem to have materialized, so the rate hike that the ECB had planned for next September is in jeopardy now and the Euro is feeling the bearish pressure. 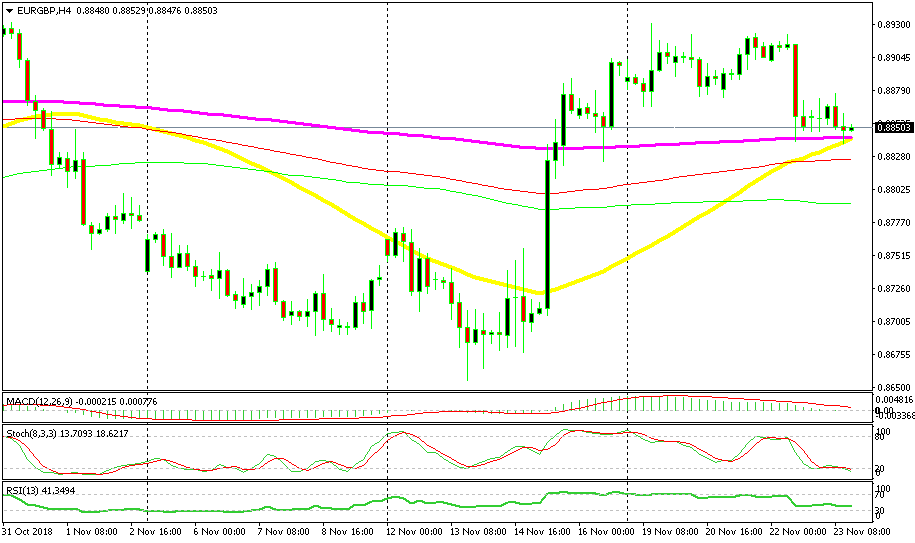 The stochastic indicator is severely oversold

EUR/GBP turned bullish last week as Brexit became more complicated and the GBP declined, but it slipped lower yesterday as the GBP surged higher on positive Brexit rumors. That decline has brought the price in EUR/GBP to 0.8850s where we can find the 200 SMA (purple) and the 50 SMA (yellow). They are both providing support to this pair which is now oversold as the stochastic indicator shows, so the bearish retrace is complete for EUR/GBP. Besides, the previous candlestick closed as a doji/spinning top, which is a bullish reversing signal after a bearish retrace.

All the important economic numbers for this week are already out so there is not much to drive the markets this Black Friday. The US traders should be away from their platforms since yesterday was Thanksgiving Day which turns into a long weekend in the US. So, look out for some trade adjustment before the weekend, guys.

Forex Signals Brief for Jun 1: Could the US Jobless Rate Hit 20%?
9 hours ago

Buying EUR/GBP at the Previous Resistance
3 days ago