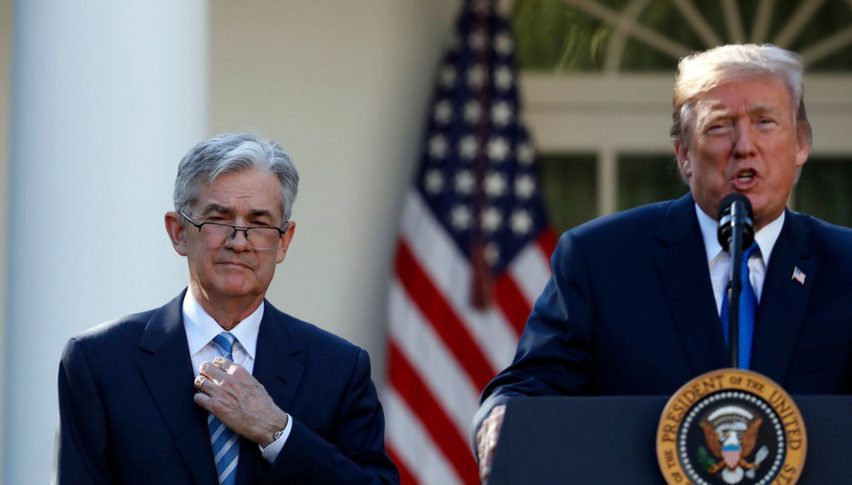 Has Powell succumbed to Trump?

Yesterday, the financial markets were waiting for the FED Chairman Jerome Powell to hold his speech in the afternoon. Today, a couple of sessions after his speech, the market is still uncertain what to think. The speech was pretty similar to recent ones we have heard from FED officials, apart from a couple of comments which sent the USD crashing lower for more than 100 pips against all major currencies. Those comments were “interest rates are near neutral rates” and “There’s no preset schedule for rate hikes“. Actually, the comments weren’t exactly like this, but that’s what I can put together right now and you get the meaning.

What the market understood yesterday was that the FED might stop hiking interest rates soon since they are near neutral and there is no preset schedule, so the FED doesn’t have an official plan to keep hiking interest rates forever. That’s why the USD got smashed during/after his speech. But, we knew that the FED won’t increase rates forever, so the market is in doubt today. Were Powell’s comments the beginning of a change in FED’s monetary policy which would reverse this year’s bullish trend for the Buck, or were they just a confirmation of what we already knew? The latter seems more credible to me, but the market is still trying to figure it out. The GBP has figured out its way, by the way. The British Parliament will vote on the Brexit deal on December 11 so the GBP is getting jitters as we approach the date.

We went long on USD/CAD earlier today. This pair has been on a bullish trend sine the beginning of October, although the uptrend hasn’t been very strong. The OPEC+ meeting is coming and Oil has been feeling pretty weak with US WTI crude Oil declining below $50. So, the CAD has been suffering because of this, but yesterday, USD/CAD reversed lower on Powell’s comments. Today we are seeing another bearish move, but the uptrend remains in place and the 100 SMA (green) is providing support to this pair, so we decided to open a buy forex signal.

The German consumer price index inflation number for the whole country was just released and, as we expected, it declined from 2.4% previously to 2.3% on an annualized basis. It still is above the ECB target at 2% so this doesn’t change anything. The G20 summit will start tomorrow but before that, we have the FOMC meeting minutes to be released this evening, which could shed some more light on Powell’s comments yesterday.

The Reversal Begins in US, as Unemployment Rate Declines in May
21 hours ago