Brexit Vote Is Coming. What Are the Options? - Forex News by FX Leaders 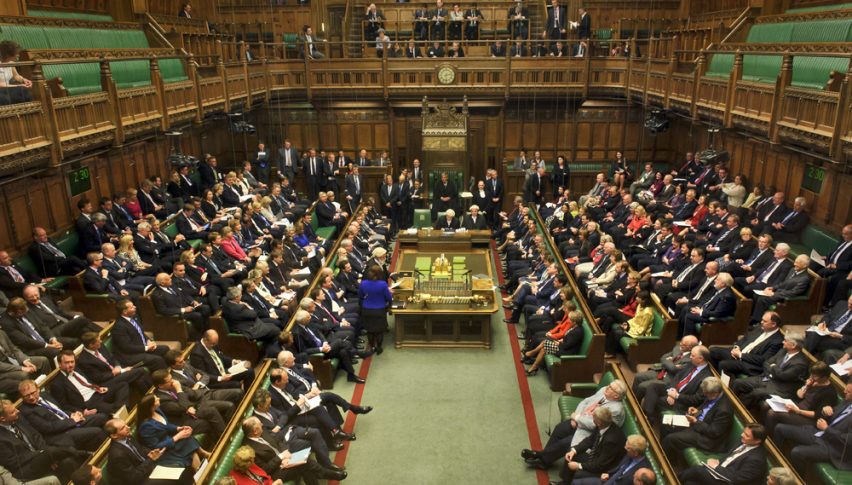 Brexit Vote Is Coming. What Are the Options?

This will be the battle arena on Tuesday

The Brexit saga is approaching the end and the UK Parliament will vote on the Brexit deal that Theresa May and the EU agreed a couple of weeks ago after long negotiations. It could be a smooth transition with the British Parliament voting the deal and the UK heads off the EU in the coming months.

But, it seems pretty unlikely that the process goes smoothly because nothing has been smooth during the last two years regarding Brexit. There have been many ups and downs which have affected the GBP to a great degree. We have mentioned many times recently that it has become increasingly difficult to trade the Pound because you just don’t know when and from what direction the comments are coming.

It is likely that it becomes even more difficult to trade the GBP in the coming days, especially if the Parliament doesn’t approve the deal. So, let’s have a look at the options ahead.

If the Parliament passes the Brexit vote, then it will be a great victory for Theresa May and she will likely be in position for the next few years, probably until the end of her term. In that case, May will have to present the bill to the House of Commons pretty soon, either before or after Christmas, since there is not much time left. The bill will be debated there and it has no guarantee that the legislation will pass. But, the odds are high in that occasion and it assures that there will be an orderly Brexit at least. This would see the GBP rallying for some time. Although after a strong rally, the GBP traders will come to terms that Brexit is still going to happen and that the UK economy is not in a great place.

Theresa May has repeated many times that she will remain in the position of the Prime Minister even if the Brexit vote doesn’t pass, but depending on the votes she might even decide to call it quits and leave all this hard work to someone else.

If May’s Brexit deal losses by a wide margin, say the votes against are 100-150 more than the votes pro, this would mean that she is facing a rebellion within her own party as well. We have heard quite a few Conservative (Tory) MPs say that they will vote against or not vote at all for the Brexit deal.

As far as I know, 20 Conservative MPs have been vocal against the deal, 45 say they won’t vote the deal while 26 Conservative MPs are unhappy the deal. The Labor and the DUP Party have been strongly against the deal, so Theresa May can’t wait for a lifeline from them. This will be the most elegant way of leaving for May. It will also be a blow for the GBP in the near term, but as uncertainties regarding the UK political landscape and Brexit increase, so will the uncertainty regarding the GBP, which will offer some really high volatility in the coming months.

Theresa May Gets Thrown Out by Her Party

Theresa May faced some sort of rebellion two weeks ago from the most prominent Brexiteers in the Conservative Party a couple of weeks ago and she was close to being called on a vote of no-confidence in the Parliament. Although, they failed to take action because they didn’t get all the votes. But that was before the Parliament vote.

If May loses the Parliament vote, even the soft Brexiteers and other MPs who are unhappy with her work regarding Brexit will likely get together and prompt a no-confidence vote in the House of Commons. The chances that she gets thrown out this time are high as Tories don”t have a majority in the Parliament. The DUP Party of Northern Ireland has commented in the last weeks that they won’t vote Theresa May out right now, as we have highlighted in our forex updates, but they might do if the snowball gets rolling. In this case, the GBP would crash lower since the Brexiteers will take control of the government.

Giving It A Last Attempt

Theresa May might survive even if the Brexit deal/bill doesn’t pass the parliament. In that case, she might decide to go to the EU once again, although there’s not much time left, but the transition period might be extended by one year if the EU agrees.

The EU has made it clear that this is a take-it-or-leave-it deal, but facing a crash out from the UK which wouldn’t be in the interest of anyone, the EU might accept to do some changes to the deal. The changes will likely be cosmetic since the main points of the deal won’t change. But, that might be enough to persuade more MPs to change their mind and probably vote pro it at some later time.

The GBP would lose considerable ground initially, but if May makes some new changes to the deal, then the GBP buyers will be coming back again and pushing it higher.

Taking the Deal to the Public

This would basically mean a second Brexit referendum. Theresa May has said quite a few times that she is against another referendum and that her Government will deliver on the people’s vote to leave the EU. The Labor Party backs this position, but only because they hope to get a general election soon after May losses her case in the Parliament.

If they don’t get a general election soon, they might call for a referendum on the actual Brexit deal and Theresa May might even go for that in this scenario. It cannot come before summer next year due to logistical issues, but that is an option.

Speaking of early elections, Theresa May might call another general elections as the last resort. She is not very eager on it and neither are the Tories because they had a bad outcome in the snap general elections of last year. Conservatives lost the majority in the Parliament and the Labour Party came back to life with Jeremy Corbin in lead.

The GBP will likely get some strong bids if another snap election is called, because it increases odds that Brexit might not happen, although I don’t see it lasting too long, unless the Labour Party wins the elections.

This would men that the UK ends up with no deal and leaves the EU in a disorderly fashion. This will have considerable consequences on the British economy. Businesses are already very wary of the UK leaving the European Union which is the largest trading partner for Britain by a large margin. We have also seen the economic data from the UK deteriorate in the last several months.

The GDP growth of Q3 was almost flat and the Q4 looks to be on an even worse path and Brexit hasn’t happened yet. If the UK crashes out, then the British economy will go though some really rough paths in the coming years. Some Brexiteers consider this an exaggeration, but that’s how it is, like it or not. This would be the most horrible scenario for the GBP.

The 1.19 low in GBP/USD would be in danger pretty soon if not in the same day and the parity in this pair won’t be an anomaly.

Then, there is the last chance of no Brexit at all. As we mentioned above, the UK Prime Minister has mentioned many times that her duty is to deliver on the public’s vote, meaning leaving the EU at any cost. But, this is still an option and it has been getting some momentum recently.

The Labour Party clearly favours this option although they would like to do that themselves after May leaves and they win the next flash general elections. Besides, the European Court of Justice is likely to rule that the UK has the option to change their mind and reverse Article 50 in the coming months without the consent of other EU members. The ECJ will vote on it on Monday.

This would be a great scenario for the GBP and I wouldn’t be surprised to see GBP/USD surge to 1.40 and even 1.50 if that happens.

So, these are the options for Brexit. One of these scenarios will take place in the coming weeks and months. The volatility in the GBP is expected to be immense.

We expect the GBP to act as instructed above, although nothing is set in stone since too many variables are included in this game. But, we will follow this issue closely and give our opinion on the GBP as Brexit evolves.

The Reversal Begins in US, as Unemployment Rate Declines in May
5 hours ago