EUR/USD Reverses Down from the Major Resistance 1.15 - Forex News by FX Leaders 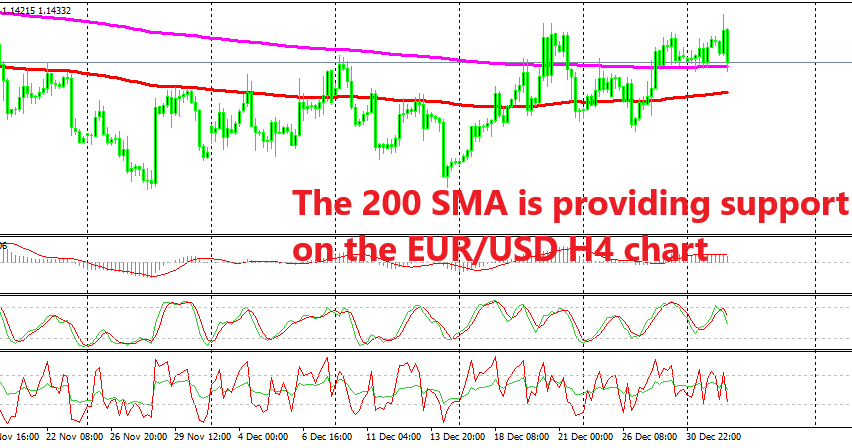 EUR/USD Reverses Down from the Major Resistance 1.15

EUR/USD turned bullish last week after Christmas and it broke the 200 SMA (purple) on the H4 chart. After moving above that, this moving average turned into support for this pair and it has been providing solid support for about a week.

Although, the 200 SMA looks in danger now as EUR/USD reversed lower from the major resistance area around 1.15. This level has been providing support during June and July this year and again in September, so it is an important level for EUR/USD.

But, the position has changed now and the price in EUR/USD is coming from the bottom now, so 1.15 has turned into resistance. EUR/USD jumped around 50 pips higher today during the Asian session on the back of some USD weakness, but it failed to push above 1.15 and it reversed below that level.

But, the 200 SMA (purple) remains as support so it is going to be a bit of a struggle breaking below this level. The area above 1.14 has also been resistance for EUR/USD which has now turned into support and the 200 SMA is strengthening it further, but I think the sellers will break below it since they are in control now.

EUR/USD Resumes the Downtrend, Even After the Rebound in the German Economy
5 days ago