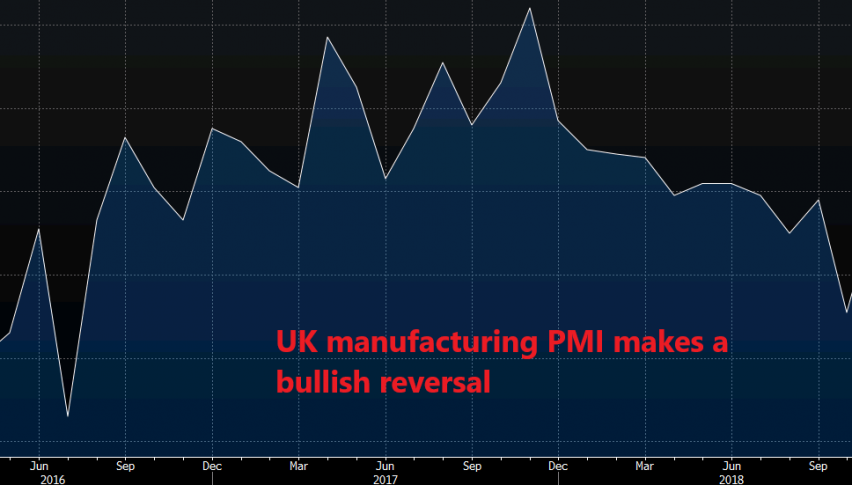 Expectations were for a reading of 52.5 points, down from 53.1 points in the previous month. But, the manufacturing PMI jumped higher to 54.2 points. This shows that the manufacturing activity picked up considerably last month. The number for November was also revised higher as well from 53.1 points to 53.6 points. New orders also grew to the highest level since February, so it was a pretty good report allover.

Although, the surveying firm Markit had some reservations about it. Markit stated in the report that this was due to a possible hard Brexit coming up. They said that there was some stockpiling ahead of the major event for Britain, so that affected the manufacturing orders and activities.