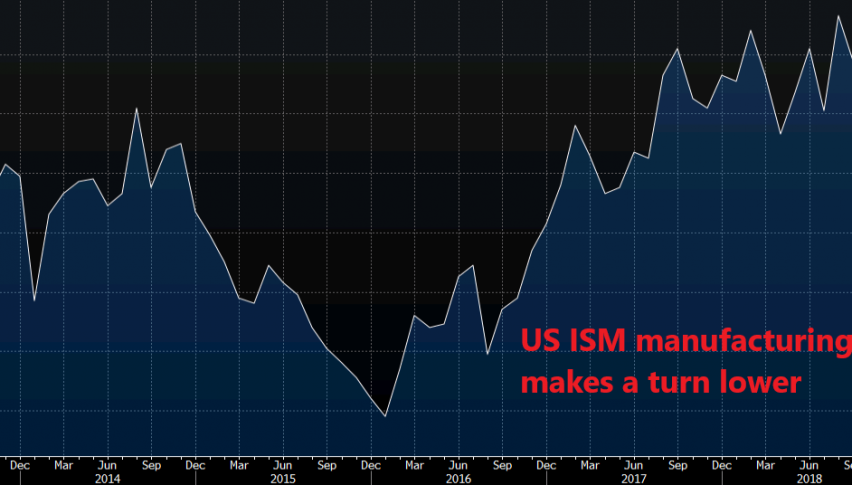 Manufacturing went through a soft period in December in US

The US ISM manufacturing report was released a while ago and it was pretty disappointing. Headline number was expected to cool off to 57.7 points from 59.3 points previously, but it tumbled lower to 54.1 points. All the sub-components of this report came much lower as well. Let me list all the detail in a table below:

As you can see, all the numbers for December are much lower than in November. Backlog of orders fell flat while new orders were almost flat in December since 50 points means that the sector is not growing, below 50, the sector is in contraction.

This is the lowest reading since August 2016 and the biggest monthly decline since 2014. The US Dollar has lost around 40 pips after the release of this report but the uptrend is still not in threat. The inventories build up towards the end of the year, so orders from companies have been lower, as the report shows. This has affected the whole sector, but I think that this will be just a one-off month. Although, we will have to follow the US data closely in the coming weeks.