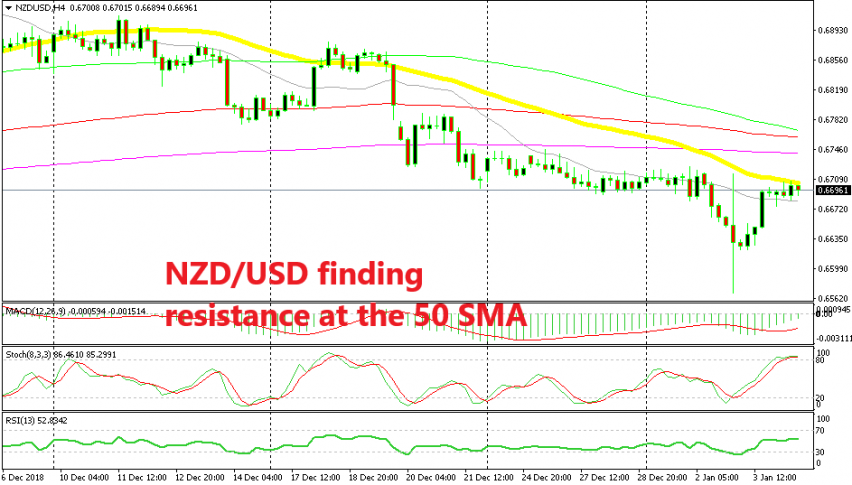 Shorting NZD/USD at the 50 SMA

This pair made a 150 pip wobble yesterday during the flash crash, but it didn’t suffer as much as AUD/USD. Although, it has been retracing higher since then and the retrace finally seems complete now on the H4 chart timeframe.

The stochastic indicator is now overbought here and the 50 SMA (yellow) is providing support. Yes. the downtrend has slowed since yesterday and the 20 SMA has been broken now, but the bearish trend is still intact and the 50 SMA has taken its place now. So, we decided to go short from here since this chart setup looks pretty favorable for sellers.