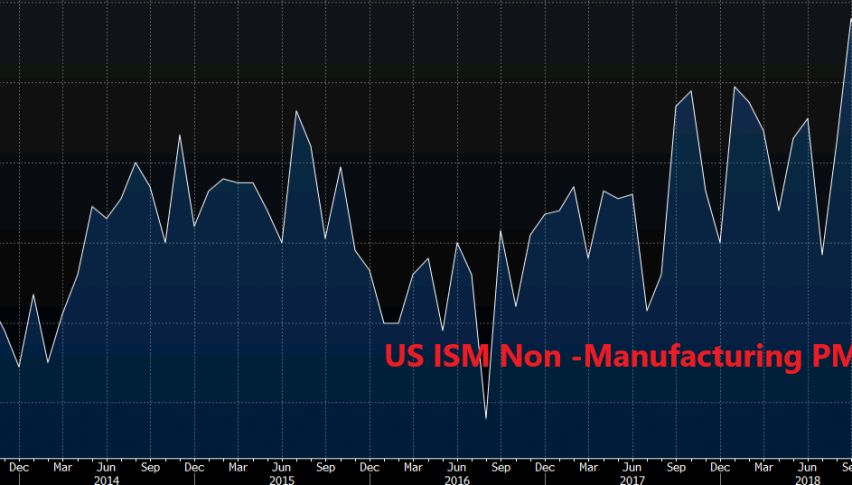 The US ISM non-manufacturing report was release a short while ago. This indicator has been around the 60 PMI level which means that this sector is expanding pretty fast and last month we saw a slight increase. Today though, this indicator was expected to show a slight cool off but the cool off was a bit more than the analysts were expecting.

The headline number for the December ISM non-manufacturing PMI was expected to slip to 59.6 points from 60.7 points in November. But, it came at 57.6 points. This number still indicates a decent pace of expansion nonetheless, but let’s have a look at the details.

As you see, all the sub-components of this report are lower than last month’s report. But, new orders, both domestic and the export orders increased, which will increase activity in the coming months. The ISM comments that despite the tightening monetary policy by the FED which has been hiking interest rates 4 time last year and the political clashes, this sector is solid and the economy looks in good shape. The USD is now a little higher, so no negative feeling from the market regarding this report.