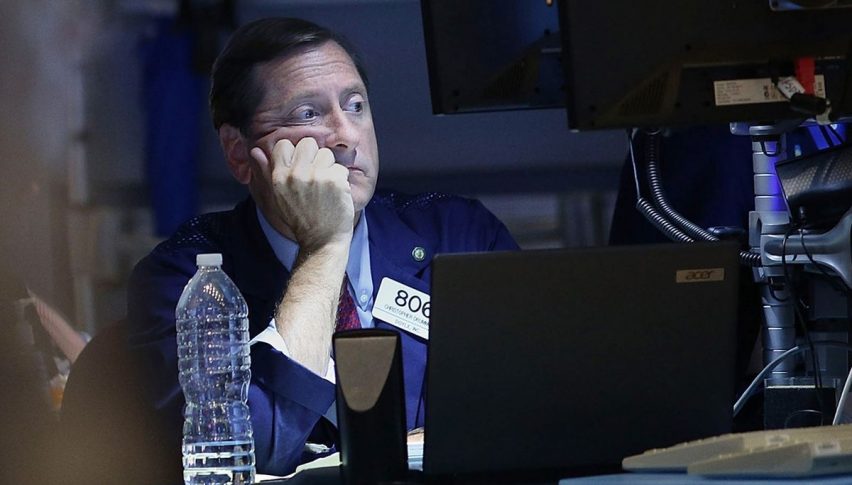 Staring at the charts today, waiting for ink to dry

Yesterday it was very quiet in the forex market but today it has been even more quiet. The US Dollar is slightly in demand but that’s about all because most forex majors have barely moved. After the volatility during the holiday season in the previous two weeks, I thought that markets would continue to trade like that now that all forex traders are back from holidays. But, it’s really quiet in forex.

It seems like traders are waiting for something to ignite the markets. It might come tomorrow since we have  number of central bank events tomorrow. It starts with Donald Trump holding a speech early in the morning tomorrow, followed up by the Bank of Canada meeting and rate decision. They are expected to increase interest rated tomorrow, so be careful trading the CAD until then. Then in the evening we have the FOMC minutes form the last meeting. So perhaps, these events will get us moving tomorrow.

At least, there was the usual Brexit rhetoric to keep us entertained today. There were rumours from the French Minister of European Affairs that Theresa May and Emanuel Macron discussed extending Article 50 during the holidays and later we heard the Irish Foreign Minister say that if if the UK asks for an extension of Article 50, then Ireland won’t get in the way. So, it seems that Britain might extend it, given that the British politicians don’t like the Irish backstop of the current deal. Donald Trump also tweeted a while ago about interest rates, and the trade report came put, suggesting that there might be a trade deal between US and China which sent stock markets a bit higher.

The 50 SMA is waiting to providing resistance

USD/CAD has turned bearish in the last four trading days as crude Oil reversed higher and the downtrend looks very steep. This pair has lost around $4 in four days. Although, it has put up a retrace today. The price has broken above the 20 SMA (grey) on the H1 chart, but we have the 50 SMA (yellow) standing around 30 pips higher. So, I think that the 50 SMA is a good place to go short on USD/CAD since stochastic is almost overbought as well.

We went short on the Nikkei225 earlier today as stock markets were climbing higher. This climb looks more like a retrace of the bigger downtrend and technicals are on our side, so we are holding on to this signal as we are seeing the beginning of a bearish reversal now. Hopefully, we will make some nice pips from it, quite a lot actually, but let’s not get ahead of ourselves.