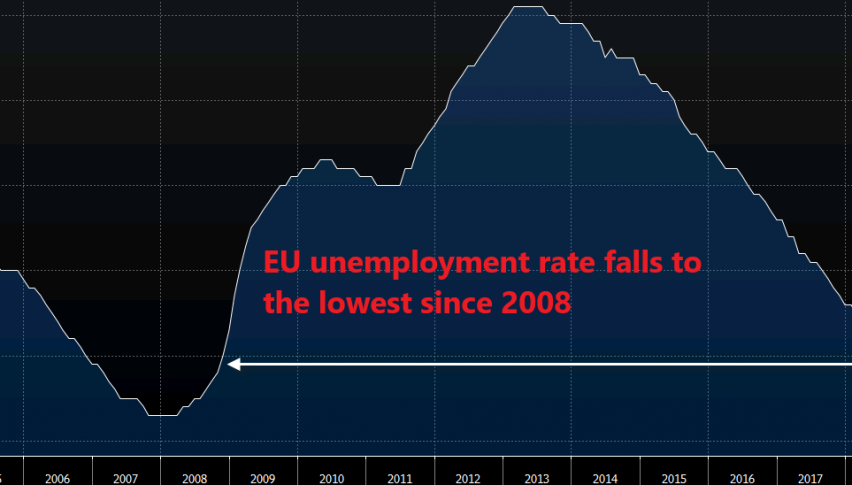 The unemployment reports from Italy and the Eurozone are out and they were positive. This is one of the few times we have seen positive economic data from Europe recently because the economy has softened considerably in the Eurozone and, as Sentix analysts commented on Monday, it might fall into stagnation soon because it is pretty close.

Yesterday we heard an official from the European Central Bank (ECB) comment on employment. He said that as unemployment declines in Europe, wages will increase since employers and that will drive inflation higher as well.

Well, the unemployment is falling but we are yet to see wage pressure. Inflation fell to 1.6% last week, from 2.0% previously, so it is going in the other direction. Although, let’s wait a few more months to see if his predictions materialize. For now though, the Eurozone economy seems too weak to make a sudden turnaround.