Shorting the Retrace in USD/CAD - Forex News by FX Leaders 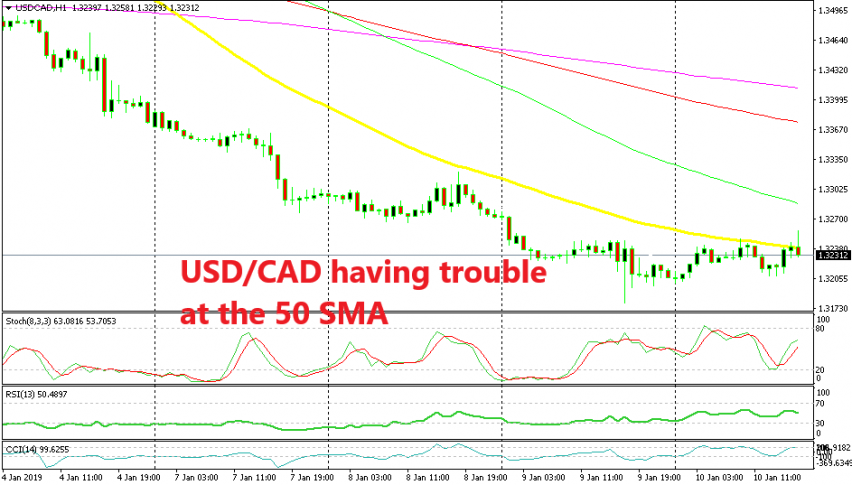 Shorting the Retrace in USD/CAD

USD/CAD still undecided at the 50 SMA

USD/CAD has made a very impressive reversal as the CAD follows Oil prices higher, thus USD/CAD tumbles lower. Oil prices have made a quite turnaround as well, with WTI climbing around $10 in less than three weeks. Iraqi Oil Minister praised the reversal in Oil earlier today, although let’s see how far it can climb.

In the last couple of hours though, we are seeing some sort of retrace lower in Oil prices and as a result, USD/CAD has retraced higher. USD/CAD has climbed around 50 pips higher in the last several hours and it is now facing the 50 SMA on the H1 chart.

This moving average has defined the downtrend during the decline as smaller period MAs do when the trend is really strong. It reversed this pair lower on Tuesday and again this morning, but we are back to the 50 SMA now and it should provide some resistance again for USD/CAD.

I opened a sell signal for this reason some time ago as the buyers were finding hard to overcome the 50 SMA. But we saw a small jump higher which lasted a few minutes but was enough to take the price above the 50 SMA. Although, it has fallen back now making a bearish reversal. Our signal here looks good now so let’s let it roll.