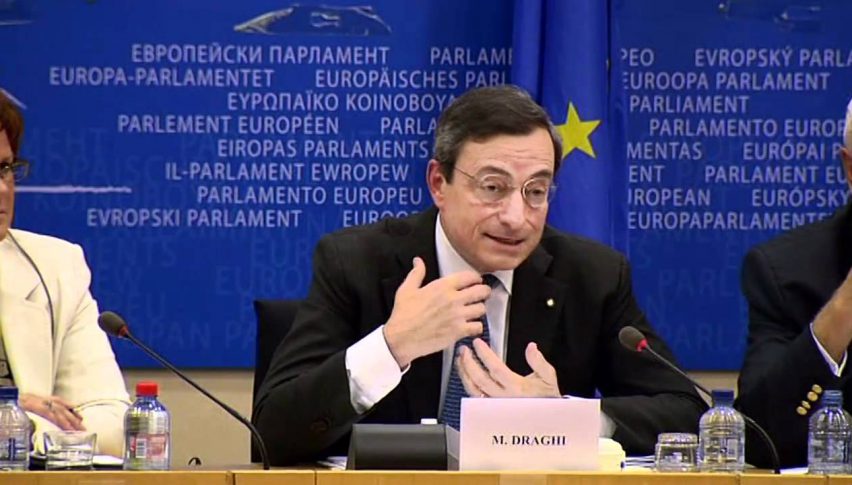 US Session Forex Brief, Jan 15 – Markets Seem Nervous Ahead of the Brexit Vote

Let's see how Draghi will justify the economic weakness in Europe

Today is the vote on Theresa May’s Brexit deal in the British Parliament. I would have expected a heated debate since early morning today, but I suppose everything has been said and now we just have to wait for the vote. Sure there will be more debates as the day progresses, but there’s not much to say anymore. It’s either that the British Parliament accepts the deal and the UK goes ahead with leaving the EU in an orderly manner, or they reject it, which seems like a more likely outcome.

This seemed to be the case until a few days ago, but things have become more complicated for GBP traders now. If the British Parliament decided to vote the deal off, then new options have arisen.

The German Foreign Minister Heiko Maas commented a while ago saying that if the Brexit deal is rejected today, there might be new talks with the EU; that’s one option. Then, we have the option of Britain heading towards new general elections as the Labour leader Jeremy Corbyn has suggested in the previous days. If they win, it is probable that they call another Brexit referendum. Finally, there is the possibility of Britain crashing out of the EU without a deal. Hence, the volatility and the strange price action in GBP pairs.

The other currencies as well as stocks and commodities are also behaving strange today, which suggests that traders are uncertain what direction to take today.

In the Asian session, the market sentiment turned positive and stock markets made a bullish reversal, while safe havens such as Gold and the JPY lost around 50 pips. But, the sentiment turned negative again during the European session and USD/JPY has turned lower again while Gold has climbed higher in the last few hours. 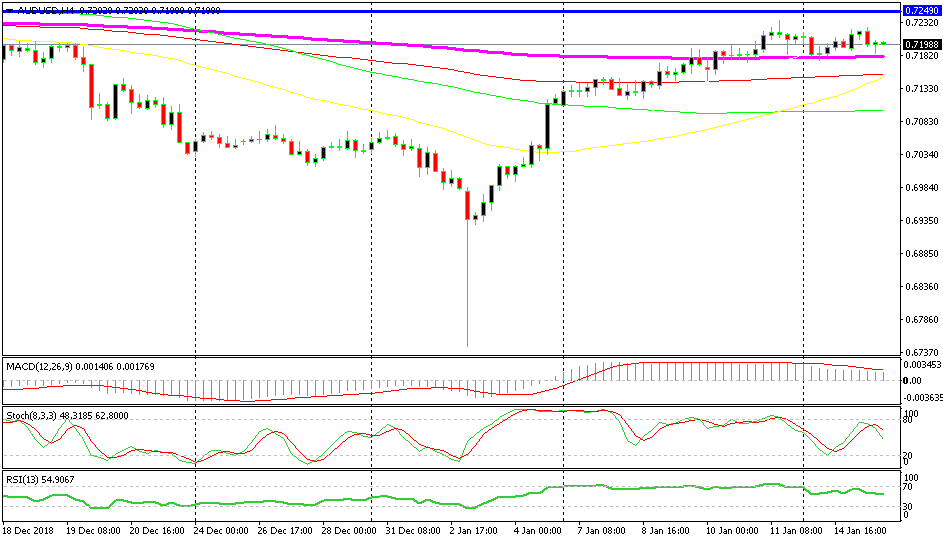 AUD/USD finding support at the 200 SMA

Yesterday we missed the chance to go long on this pair from the 200 SMA (purple) and make some good pips. The picture looks pretty similar again today, although we already went long on NZD/USD. So, AUD/USD has been on a bullish trend since the crash on January 2nd. It has broken above all moving averages during this time on the H4 chart and the last moving average, the 200 SMA (purple), has now turned into support. Stochastic is oversold which means that the retrace lower is complete. So, the chart setup looks set for a bullish continuation.

Markets are still uncertain what to do now as the time of the Brexit vote which is scheduled for 20:00 GMT approaches. There’s also the ECB President Mario Draghi coming up in less than an hour, speaking in Strasbourg at the European Parliament, so brace for some more volatility as the US session gets underway, guys.