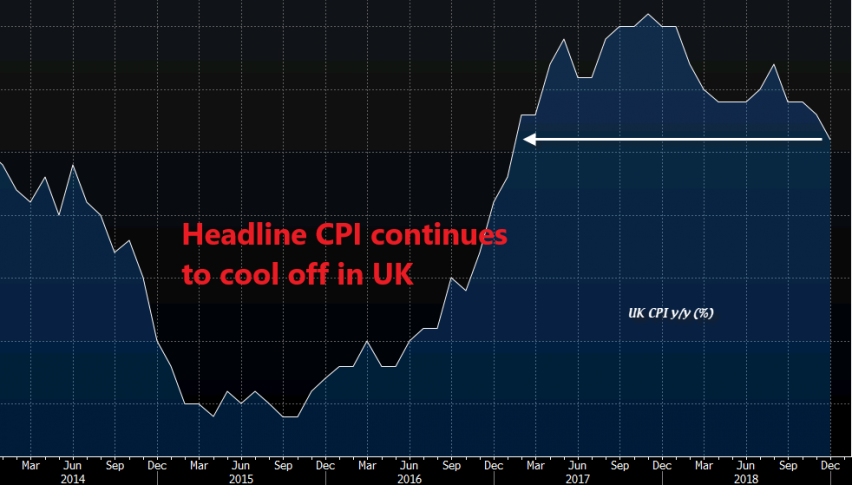 Mixed Inflation Figures From the UK

Another decline in UK inflation

The inflation report from the UK was released a while ago. The Bank of England Chairman was holding a speech meanwhile. Not much was expected from his speech today, being where we are with Brexit, and he did leave it all to Brexit. Let’s have a look at the inflation figures though:

As you can see, PPI (producer price index) input and output declined and that is due to falling Oil prices. Crude Oil has made a pullback higher in the lat several weeks, but that will take some time to reflect in producer prices.