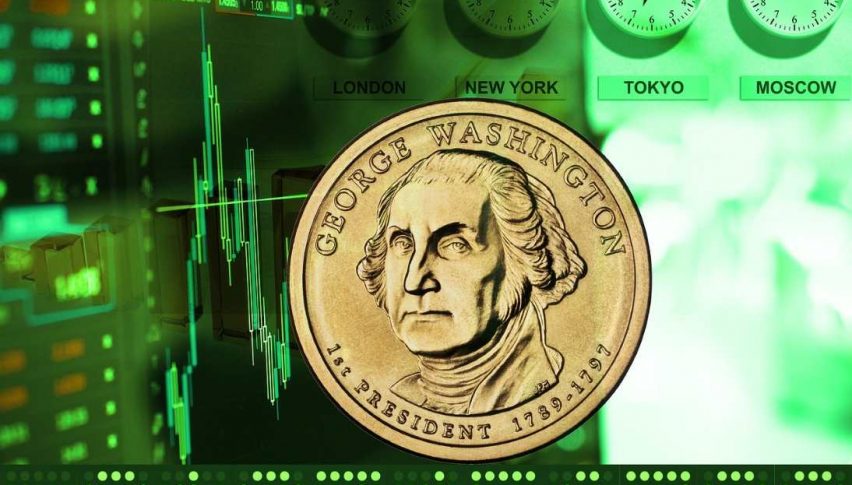 The Correction Is On For The DJIA

The USD Is Limping Toward The Weekly Finish Line.

It seems like a lifetime ago, but the late 2018 weakness in U.S. equities had most traders (including this one!) declaring the “Trump Rally” officially over. The first three weeks of 2019 have proved statements of this sort definitively false. Not only are traders bidding the DJIA, S&P 500 SPX, and NASDAQ, they are doing it with conviction. For the DJIA, there has been only one negative session all year ― a 12-1 mark, gainers over decliners.

The holiday season plunge in the U.S. indices tested the pain threshold of stock traders and investors around the globe. A 653 point decline in the DJIA on Christmas Eve appeared to be ushering in a broad-based market correction. Since then, the DJIA has rallied 3000 points and appears destined to test the 25,000 level very soon.

So, what has changed? How can a market without a pulse reverse its fortunes in three weeks? The answers to these questions are largely unfounded, mostly rooted in opinion. From my point of view, here are three issues that have brought bulls back to the market in force:

While certainly not gospel, these are three primary factors facing the U.S. economy and the markets. Political uncertainty and concerns over a pending economic slowdown are still present ― investors are simply betting last December’s low was the worst of the fallout.

Long-Term Technicals For The DJIA

The weekly chart for the DJIA gives us the big picture facing U.S. equities. Upon December’s breakout below the 38% level, it appeared that the correction was on. Now, price has returned to bullish territory following a rejection of the 62% Fibonacci Retracement (21347) of the Trump Rally.

A few observations on the chart above:

Overview: 2019 has started with a bang. If nothing else, 25000 appears to be a magnet for the DJIA. With performance for Q1 looking rosy, most of December’s losses have quickly been erased. Those investors long this market must be breathing a collective sigh of relief.

At the end of the day, it is anyone’s guess where the DJIA will close trade for 2019. 2020 is a U.S. presidential election year, one that will be fiercely contested. Uncertainty will come to the forefront of trade and that will likely not be good for stocks.

The fact remains that values are up and December’s low is set to be a long-term bottom. If the FED takes a dovish stance and trade war tensions subside, fresh all-time highs in the DJIA may be just around the corner.