What Could Kill the Climb in the Stock Markets? - Forex News by FX Leaders 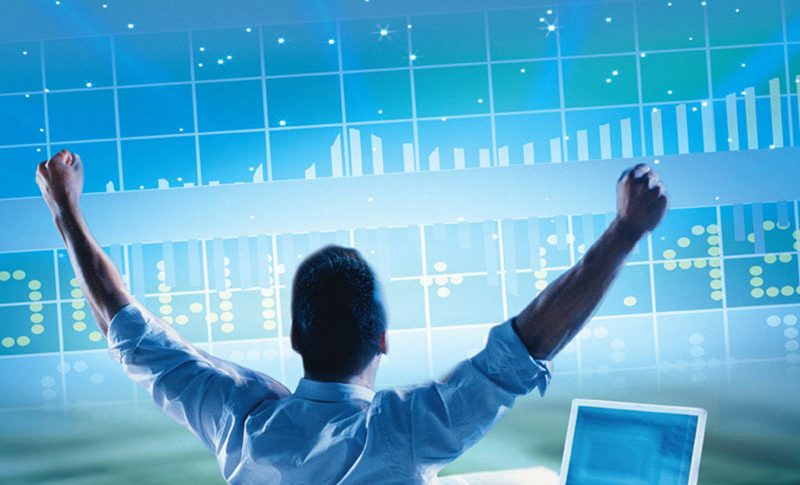 What Could Kill the Climb in the Stock Markets?

If you're to excited about the bullish run in stocks, have a look at what's coming

Stock markets had a difficult year in 2018. They started the year on an uptrend which spilled over from the previous years, but then had a small crash during the first couple of months as the US President Donald Trump started implementing tariffs on Chinese products. This was one of the first times that the world was seeing trade barriers from the global leader, the US, in a very long time.

But, the market got over it pretty soon, hoping that the $50 billion in tariffs on China would be it. That would basically be just a warning shot to let China know that they were not playing fair. So, the nerves relaxed even though there was a slowdown in the global economy.

As a result, stock markets resumed the uptrend for the next several months, but by summer of last year, the big turnaround started to take place as Donald Trump kept pushing for more tariffs on China which went up to around $250 billion until now. Financial markets realized that the first batch of tariffs wasn’t just a warning shot and that a trade war had begun.

Stock markets entered a bearish trend which lasted until the very last few weeks of the past year. Although in the last week, almost all major stock markets formed a doji candlestick which is a reversing signal and they reversed indeed, forming a bullish trend so far this year. But, the same issues that sent the stock markets crashing last year still remain this year and some more might appear which could bring an end to the climb in stocks. Let’s see what might hurt the indices this year.

Trade Disputes Between US and China Don’t Find A Solution

Donald Trump and the Chinese President Xi found some common ground on the G20 Summit late last year in Argentina. That was a bit of a relief for traders and risk sentiment improved towards the end of the year. There seems to be a truce for now but the trade war is far form over.

China removed the additional 25% tariffs on US cars, but the 15% tariffs that used to be there before that still remains. China has also agreed to import more US products and bring the trade imbalance between the two countries down over several years. But, the US wants China to dig deeper and close the gap sooner than that.

US and Chinese delegations have been negotiating in the last two months and they will meet in Washington again by the end of this week. The Chinese officials are trying to sound optimistic and put up a straight face. But nothing is as it seems.

Huawei’s CFO Meng, who also is the daughter of the founder, was arrested in Canada some time ago and the US is asking for her extradition for stealing business partner’s secrets. China, on the other hand, is kicking Canada for it since they don’t have the guts to threaten the US, so that is a major signal that the war is still ongoing behind the curtains.

Intellectual property theft is one of the major issues of this trade war and it will be the most difficult one to resolve. China has its hands on many Western companies especially on startups which they hope to suck technology and innovation out of, and the White House administration is trying to tackle exactly that, but it’s going to be a long battle.

The US Commerce Secretary Wilbur Ross said just this week that both sides are “miles and miles away from a trade resolution”. The US officials are not very optimistic for a solution about the Intellectual Property theft either, so no one knows the end of this trade war. If it ends, it will be a big plus for risk assets such as stock markets. But we should follow what comes out of the negotiations because they will drive markets up and down.

The market seems to have forgotten about the car tariffs that Donald Trump has promised on the European Union. That is aimed mainly for Germany and the manufacturing production in Germany as well as across Europe have been declining pretty quickly. This sector is near stagnation and German officials confirmed this week that this sector is the main reason behind the economic slowdown in Germany.

Once the auto tariffs are placed and their effect reaches the Eurozone, things will get even worse. Some EU officials met with Donald Trump a few weeks ago in America, but I think that they will come pretty soon. That has two sides, both negative. Auto tariffs will weigh even more on the European and the global economy and they will also weigh on the market sentiment too. The sentiment has been pretty volatile recently and it doesn’t take much to turn it negative, which would plummet stock markets. This is another danger for the bullish run in stocks.

The global economy has been slowing considerably and the pace of slowdown is getting faster. The Chinese economy in particular has been weakening and industrial production has been dampening. Despite promises from the Chinese government and the People’s Bank of China to stimulate the economy, the slowdown continues.

Emerging markets are also in trouble. We saw what happened in Turkey last year. That was a financial crises but with big impact on the economy as well. We already mentioned the Eurozone where, besides the manufacturing sector, the services sector is close to stagnation or contraction as well. The European Central Bank is trying to keep a straight face about it, but if it gets just a little worse, then stocks will notice.

Brexit is a total mess right now. We posted an article last week with the possible directions that this might take. The odds for a no-deal Brexit have declined now which is another reason for the improvement in the sentiment and consequently for the bullish reversal in stock markets.

We have seen massive protests in France which have spread into the rest of Europe. In France, yellow vests protests are still going on. That has hurt the French economy and the market sentiment as well. If they continue for longer or become more violent, it might bring an end to the stock markets’ run, especially if protests force President Emmanuel Macron to resign or call for new elections. If that happens, then the opposition leader Le Pen will be the best candidate to take his place.

Besides that, the elections for the European Parliament will be held in May this year. There is a big chance that politicians or parties outside of the establishment might take a big chunk of the Parliament seats. How big it might be remains to be seen, but if that happens, then it might be translated as trouble for markets.

Narrowing Spreads in the US Bond Market

Bond yields should be higher for longer term ones, such as the 10 year US treasury bonds, while the short terms bonds are supposed to be lower. The US 10 and 2 year treasuries have a positive difference, but that difference which is called the spread has been getting narrower and right now they stand at just 19 points.

If they get narrower, then banks will have no more incentive to borrow short term on lower interest to lend at higher interest for long term debt. That would spark an economic slowdown and many economists predict a recession when bond yields narrow.

Well, this will be the year to see if that is true. So, these are the main risks for the stock markets to turn bearish after this decent retrace higher. If the sentiment turns negative, then stock markets will turn bearish pretty quickly, so we will be following these events during this year.