Economic Events Outlook, Jan 29 – How to Trade the EUR/USD Today?

On Monday, the Greenback edged down against most major currencies. Seems like investors are awaiting news from the US and China who are scheduled to talk on Tuesday and Wednesday. Let’s wait and watch if the world’s largest economies can reach an agreement on trade.

USD – CB Consumer Confidence
One of the important events due today is the consumer confidence on US economy. For your info, it’s a survey of about 5k households which asks respondents to rate the relative level of current and future economic conditions, including labor availability, business conditions, and overall economic situation.

The Eurozone continues to struggle as its lending growth held steady last month. Germany, France, and Italy, the three biggest economies in the Eurozone, were hardly growing in the last quarter. While the market sentiment indicators are going sick. 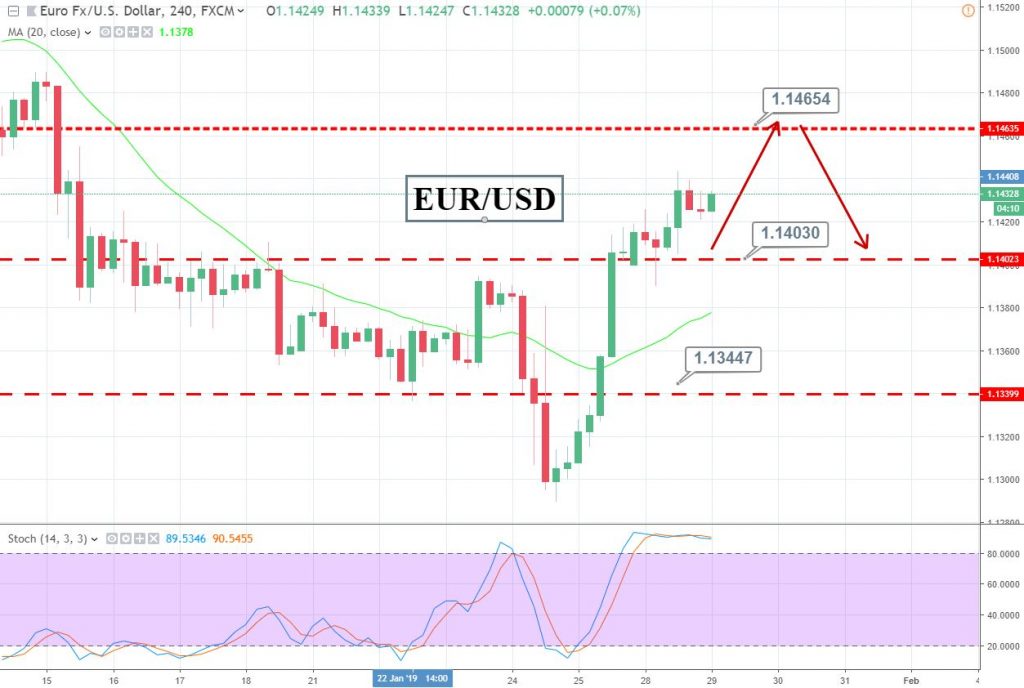 Thing is, the market is confusing at the moment as traders are eyeing the US-China trade talks, NFP, and FOMC which are due later this week.