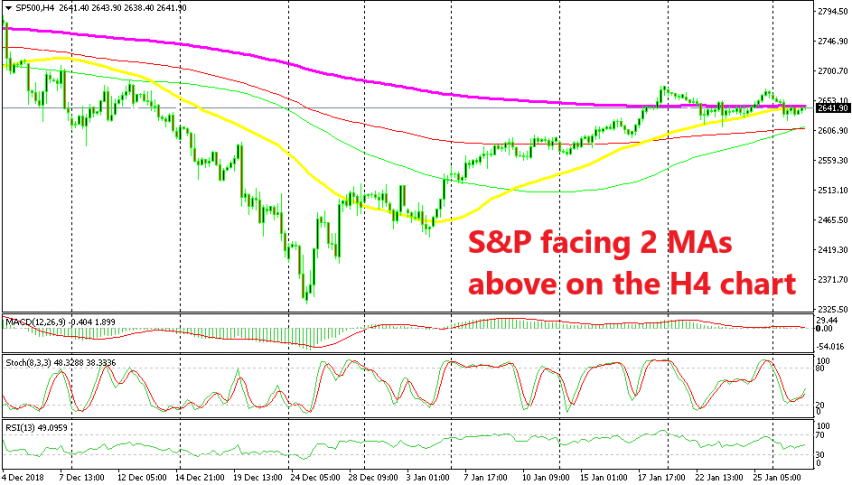 Buyers are trying to gain back control in S&P

Stock markets turned bullish in the last week of 2018, having received a helping hand from this liquidity that characterizes that period, making it easier for buyers to push higher. S&P500 has recuperated more than half the losses from the top last year to the bottom during this past month.

It still has to take out the 50 SMA (yellow) on the weekly chart. That will be the real test to see whether the bullish trend of the last ten years is still intact, or whether the decline we saw last year has shifted the trend to bearish.

The 50 weekly SMA has been a solid support for S&P during the previous years, but it was broken last year during the decline and it will likely turn into solid resistance now. But it stands around 100 points higher now, so it will take some time to test that moving average.

Before that, S&P has another test ahead. The same moving average used to provide resistance during the tumble in December. It then turned into support as the trend changed this month. But yesterday the price slipped back below the 50 SMA and is seems like it is providing resistance again now.

Besides that, the 200 SMA (purple) is also adding to that resistance. So, there are two moving averages which are providing resistance to S&P right now on the H4 chart time-frame. The stochastic indicator is heading up and it’s halfway to the top, so the pressure is on the upside.