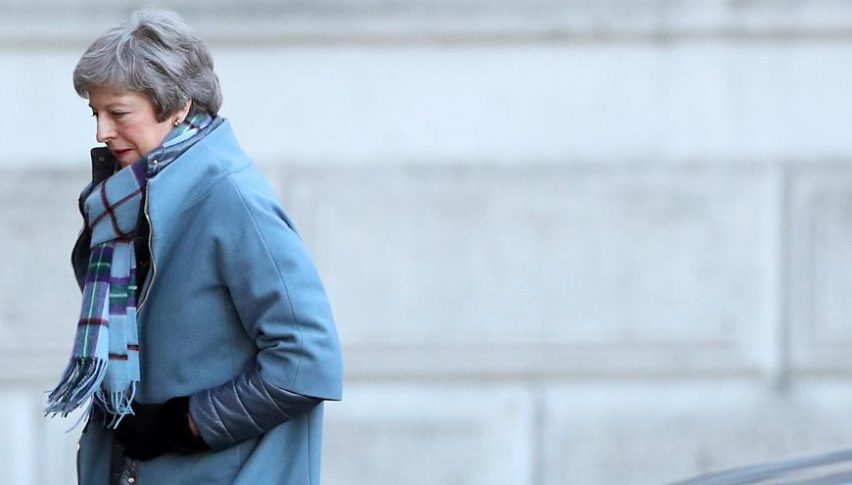 Yesterday the markets were trading the hangover from last Friday. The US Dollar was dumped heavily on Friday for no apparent reason because the US Government shutdown ended, but the market has its own mind and that’s what’s happened that day. Gold was the first to make a move and benefit the most, surging 25 cents higher on Friday breaking above the big resistance level at $1,300. Yesterday, Gold sellers tried the $1,300 level again which has now turned into support, but failed and today the bullish trend has resumed again as Gold pushed above $1,310.

ECB’s Draghi and Carney from the BOE held speeches yesterday but they didn’t impact the market much. Another fundamental event which surfaced yesterday was the Brexit amendments which are being discussed today at the British Parliament. Prime Minister Theresa May is trying to pass the Brexit deal with whatever means necessary and the amendments might convince enough British MPs to get enough votes to do so.

There were a number of possible amendments on the table yesterday and today it seems like the Prime Minister has decided to go with the Cooper Amendment and the Brady Amendment. The Cooper Amendment requires the British Parliament to pass a bill requiring Theresa May to seek an extension to Article 50 until 31 December from the 31 March deadline, if she can’t get her deal passed before 26 February, but the postponing might be for three months instead of nine. This is also an amendment to prevent a no-deal Brexit outcome.

The Brady Amendment would call for a motion to seek an alternative arrangement to replace the backstop, but if no solution can be found then Parliament should otherwise support May’s Brexit deal. But in essence, this amendment’s goal is to postpone Article 50 until a solution is found for the Irish border. It seems like these amendments might get enough votes to pass and the GBP has jumped 50 pips higher in the last hour.

We went short on USD/JPY a while ago as this pair was retracing higher after the downtrend of the last two days. Although, the retrace seems complete now since stochastic is overbought on the H1 chart and the 100 SMA (green) provided solid resistance on the first attempt to break higher. The price formed an upside-down hammer candlestick in that chart which is being followed by a bearish candlestick, so it seems as the reverse is already underway.

The GBP is feeling well once again after the slight retrace lower in the last two days. GBP/USD is challenging the highs now as the Brexit debate heats up in the British Parliament. As we explained, there are a few amendments which are favoured by the Prime Minister, but let’s see which one the Parliament will pick.