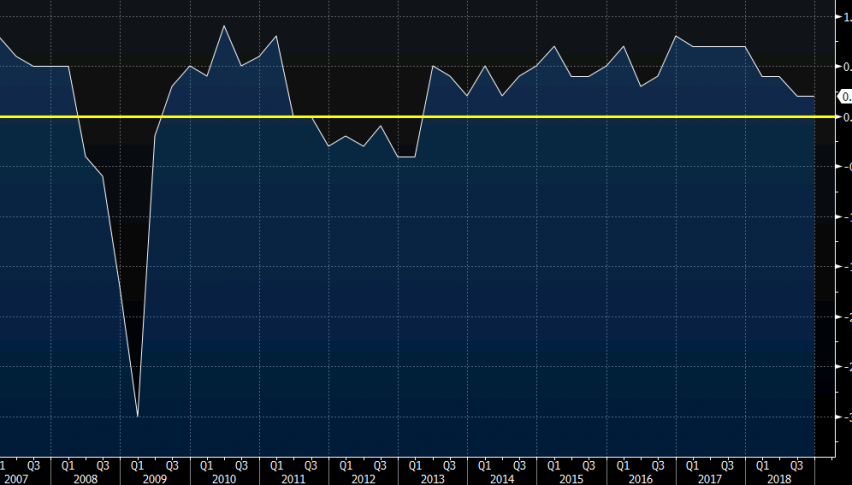 Today is a GDP day, with the Italian, Spanish and the Eurozone GDP report released a while ago this morning and the Canadian GDP report coming out just before the US session opens. The economic data from Europe has been showing considerable weakness in the Eurozone during the last several months, but the GDP was expected to remain unchanged for Q4 at 0.2% and indeed it remained unchanged. Below are the figures from Europe:

As you can see form the table above, the Italian GDP came lower than expected, shrinking by 0.2% in Q2, while Q3 was revised lower to -0.1% from a flat reading previously. The Spanish economy surprisingly grew by 0.7% in Q4 of last year, more than it was expected, which balanced out the shrinking Italian economy.

Although, the growth in the Eurozone economy was slashed lower for 2018 to 1.2% from 1.6% previously. The unemployment rate remained unchanged in the Eurozone at 7.9% which is still pretty high, but overall, the round of data is not too bad. Not as bad as the recent economic figures have suggested though. EUR/USD is sliding lower this morning but the GDP and unemployment reports haven’t had much impact on the Euro.