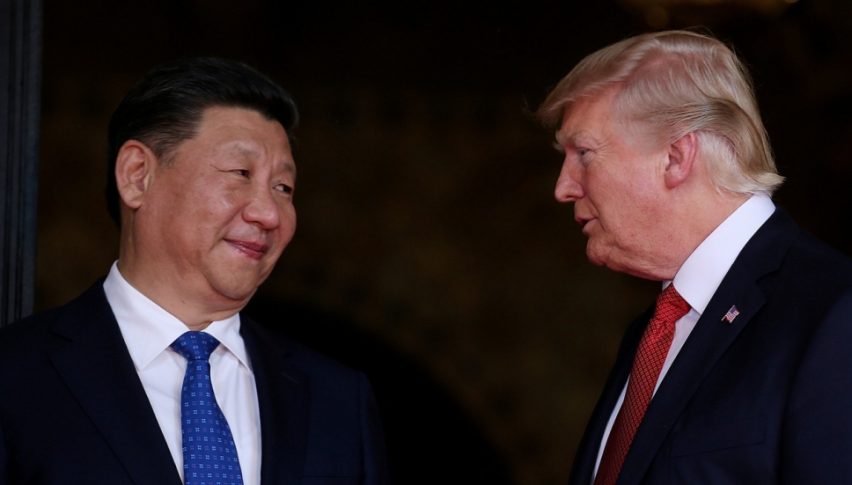 US President Trump Tweets on China

Is A Final Trade Resolution In The Works?

The US and Chinese representatives are meeting in Washington to talk about a solution to the trade war that started early last year. They met in China last month and now they’re meeting in the US, while next month Trump and the Chinese President XI Jinping will meet again in China.

US President Donald Trump was up and tweeting early in the US morning and he’s tweets looked optimistic. Here are his tweets so you can conclude for yourself:

“China’s top trade negotiators are in the U.S. meeting with our representatives. Meetings are going well with good intent and spirit on both sides. China does not want an increase in Tariffs and feels they will do much better if they make a deal. They are correct. I will be……”

“….meeting with their top leaders and representatives today in the Oval Office. No final deal will be made until my friend President Xi, and I, meet in the near future to discuss and agree on some of the long standing and more difficult points. Very comprehensive transaction….”

“….China’s representatives and I are trying to do a complete deal, leaving NOTHING unresolved on the table. All of the many problems are being discussed and will be hopefully resolved. Tariffs on China increase to 25% on March 1st, so all working hard to complete by that date!”
These comments point towards a positive step  at least for risk if the two Presidents are set to meet, since Donald Trump claims that there won’t be a trade deal unless he and Xi meet. So, let’s hope they come to an agreement which would make stock markets and other risk assets surge higher.
Check out our free forex signals
Follow the top economic events on FX Leaders economic calendar
Trade better, discover more Forex Trading Strategies
Related Articles