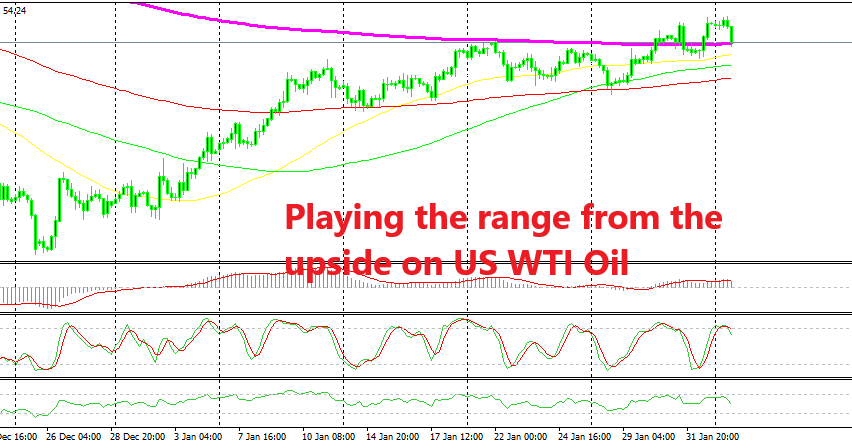 The uptrend remains in place for US WTI Oil

Just like all other risk assets such as stock markets and commodity Dollars, crude Oil mad a bullish reversal at the end of December. The trend has turned bullish since then and US WTI crude has climbed nearly $15 from the bottom back in late December.

That went on until the last two days of last month when Oil finally broke out of the range, pushing above the 20 SMA. So, the range was finally broken but it seems like the top of th range has turned into support now. The price is leaning against the 200 SMA as you can see above and we just decided to go long from here.

On the H1 chart, I can see the 100 SMA providing support right now, so let’s hope Oil turns around and continues the bullish trend now. Alright, Crude Oil has just dived around 100 pips in the last 30 minutes and our signal  here got smoked. I suppose Oil is back in the range now.