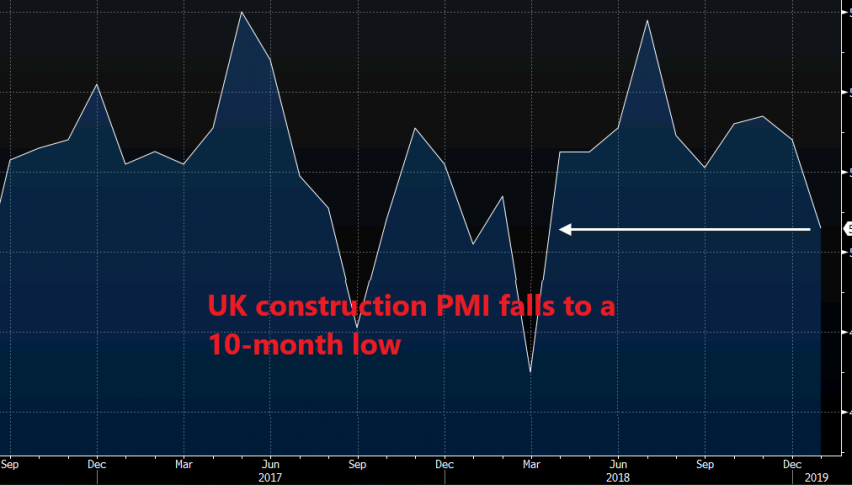 The British economy has been getting weaker in recent months as we approach Brexit. Although, it’s not totally Brexit’s fault because the global economy has been weakening as well, in particular the Eurozone economy which is the main trading partner for Britain.

The construction PMI report was released a while ago and it was yet another weak reading for January. We saw a slight revival of this sector in October and November as the readings came at 53.2 and 53.4 points respectively. But it started reversing back down in December when this indicator came at 52.8 points.

Today, expectations were for a reading of 52.6 points but the actual number came at 50.6 points which is pretty close to contraction since the 50 level is the break-even level. Of course, Brexit uncertainties have weighed on this sector.

British Prime Minister Theresa May has been pretty vocal recently about how she doesn’t like an extension of Article 50 beyond March which is the deadline for Brexit. But, chances of postponing Brexit have increased recently.

That should be good for the economy in general, but that would increase the uncertainty further and leave markets unsure which direction this is going for another year, which is not good for businesses. So, businesses are holding on to new investments, hence the decline in the construction PMI.