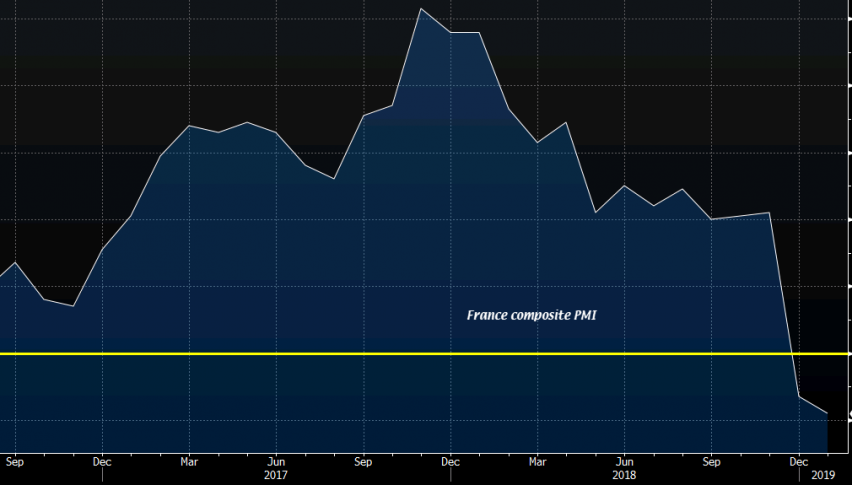 A Quick Look at Services in Europe

The services reports for Europe were released this morning. The service sectors continue to remain in contraction in Italy and France, while in Germany the services PMI indicator ticked lower, but remains in expansion. The services number from Spain was a bit of a surprise as it moved higher, although let’s have a look at all the figures.

The French services number is in green since it came higher than expected, but the situation in France is the worst among the European countries. One of the main reasons is the yellow vests protests which have hurt this sector in the last few months.

In Britain, services took a hit as well, as the uncertainty from Brexit increases. That might even stretch further in time for another year or so if Brexit gets postponed. Businesses and investors don’t like uncertainty, hence the worsening economic data from the UK recently. Although, the main reason for the weakening services in Europe is the weakening Eurozone and global economies.