Will Previous Resistance Turn into Support for Gold as it Pulls Back Lower? - Forex News by FX Leaders 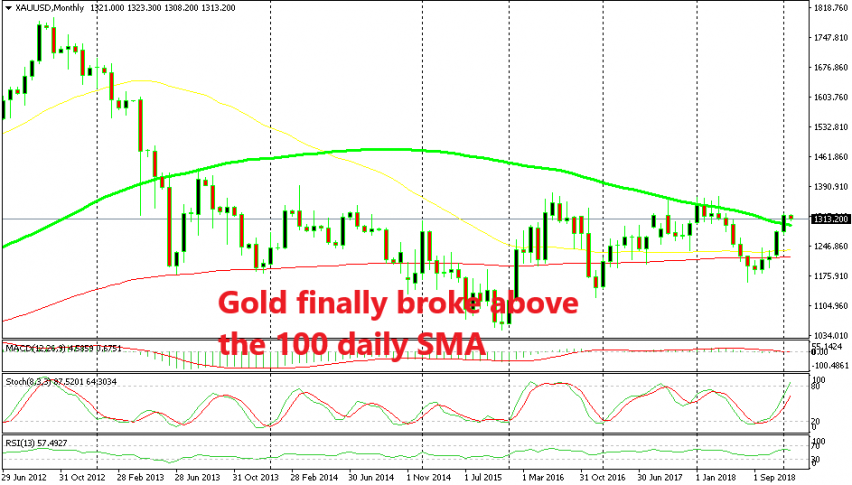 Will Previous Resistance Turn into Support for Gold as it Pulls Back Lower?

With this be a real breakout or turn into a fake-out?

December and January were really great months for Gold. In December Gold gained more than $60, while in January it climbed nearly $40. The most important thing for Gold in the last two months was that it finally broke above the $1,300 level since May 2018 and on the monthly chart, it moved above the 100 SMA (green) and closed the monthly candlestick above it.

This is the first time that a monthly candlestick has closed above the 100 SMA since May 2013. So, this is a big event from a technical perspective. We have seen Gold move above this moving average at the beginning of last year, but none of the candlesticks closed above it, which means that they are considered as piercing, and not a proper break. Gold turned bearish after that last year, which confirms my point.

This time though, January’s candlestick closed above the 100 SMA. But, the price is not too far from it so this could be a fake-out, meaning that the price might slip back below the 100 SMA and resume the bearish trend. In that case, Gold will head towards the big round level at $1,300. 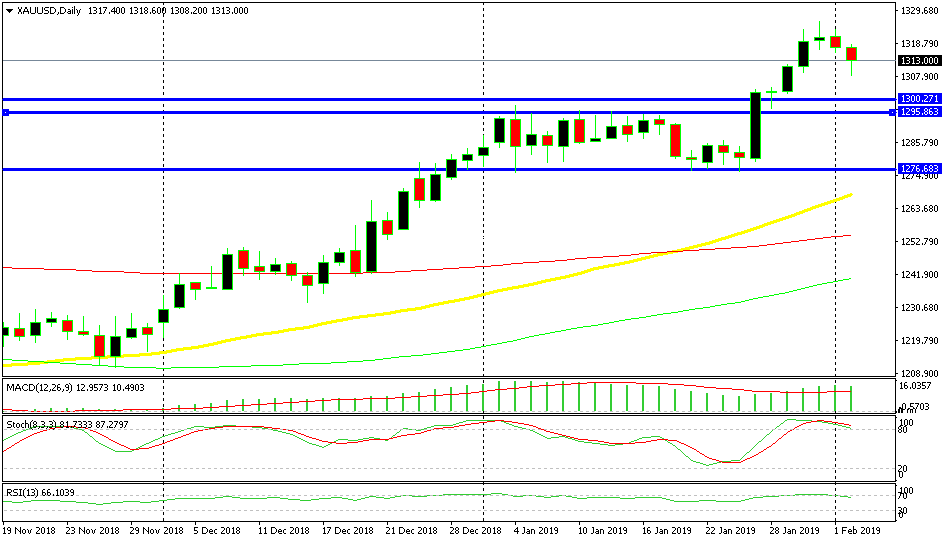 Will this major level turn into support now? We will see, but just in case, there is another important level at $1,295-6 which provided resistance during the first half of January. If the first level at $1,300 goes during this retrace lower, then $1,296 is the level to look for longs if you are trying to pick a place to buy Gold.