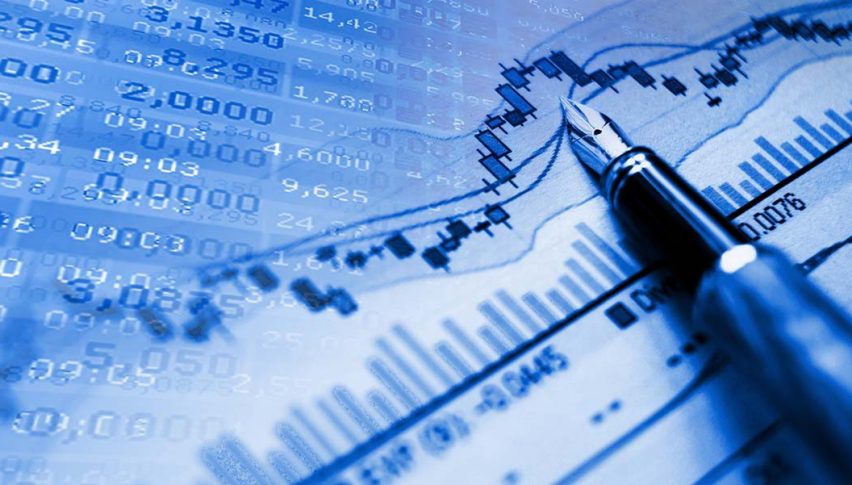 US Session Forex Brief, Feb 6 – USD Benefits as Everything Else Heads Lower

The US Dollar was under pressure in the last two weeks and it got dumped again on Wednesday evening after the FOMC meeting.  But, on Thursday it started getting its act together and a bullish reversal followed, which has been going on since then. Today, forex traders seem reluctant to buy anything else, so they have just been finding comfort in the USD again, which continues to crawl higher.

The commodity Dollars are under heavy pressure after the Reserve Bank of Australia Lowe sounded sort of dovish during the Asian session. The market sees the RBA as neutral now after being hawkish for a long time and Lowe even mentioned rate cuts in his speech which sent AUD/USD more than 100 pips lower. That dragged the Kiwi lower as well. The CAD is considerably lower while Oil prices retreat lower.

The Brexit rhetoric continues with British politicians pushing for the Irish backstop to be removed as some point, especially the DUP Party of Northern Ireland, while the EU doesn’t want to reopen the Brexit deal again. Brexit might be postponed further or it might not as Theresa May has insisted lately, but the market sentiment has turned pretty bearish for the GBP as the uncertainty remains elevated. 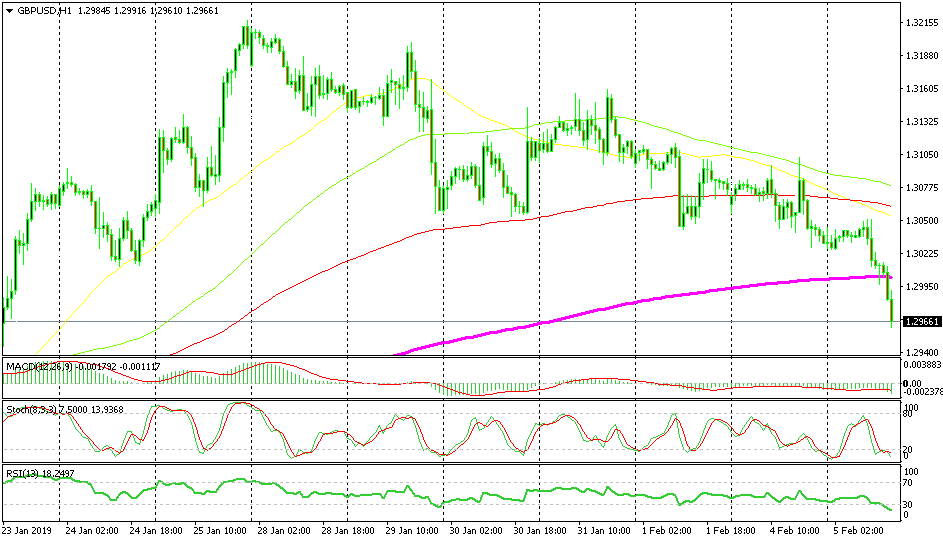 GBP/USD turned bearish at the beginning of last week as Theresa May’s Brexit plan grew increasingly unconventional for the British Parliament. As a result, the GBP reversed lower and entered a bearish trend since then. The economic data has also been getting weaker in January and so far this month, and today’s decline in services gave the GBP another push lower. We will be trying to get short on GBP/USD, but will wait for a retrace higher to the 200 SMA (purple) before opening a trade.

The markets are pretty quiet again today apart from commodity Dollars which have lost the ground beneath their feet. Everything seems bearish today apart from the USD and the JPY which are acting as safe havens in uncertain markets.

Do you have your colours per SMA right on this one?