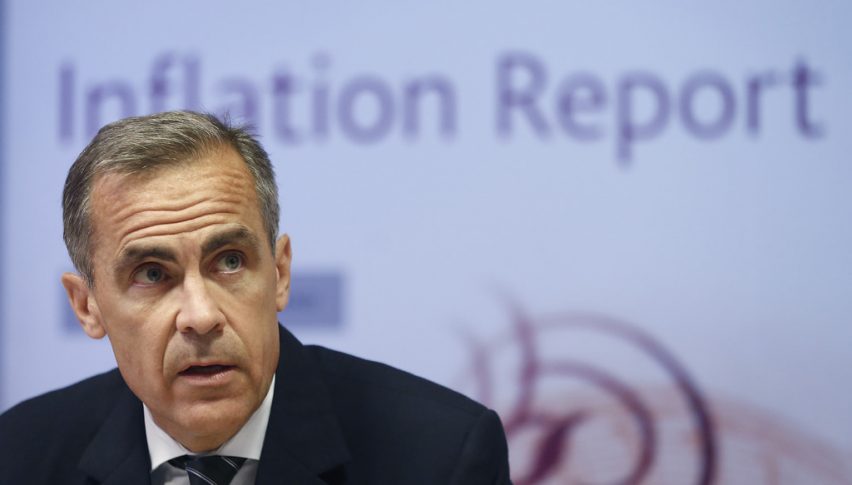 Carney sounded a lot more dovish than hawkish, but the market sees what it wants to see

With Brexit being where it is right now, a total mess I would say, the Bank of England meeting was bound to take all the attention today. Although, the European Commission was the first to kick the ball today as they released the economic forecasts for 2019 and 2020. GDP growth forecasts were revised lower for all the major Eurozone countries and inflation expectations were revised lower as well.

With the economic weakness and the recent data we have seen in Europe, it is not a big surprise to see such negative revisions. Today’s German industrial production number came negative once again which is the fifth negative reading in the last six months, while factory orders posted a massive decline yesterday. And that’s without taking into consideration the US tariffs on European cars which should come pretty soon. EUR/USD stretched the downtrend further after that report was released.

The Bank of England met at 12:00 GMT as they always do. They left interest rates unchanged at 0.75% as widely anticipated and the MPC votes also remained at 0-0-9 in favour of keeping rates unmoved. Although, they cut economic growth forecasts for this year and 2020 to 1.2% and 1.5% respectively from 1.7% previously estimated.

They also expect the CPI (consumer price index) inflation to fall below 2% which is the lower target for the BOE but that’s supposed to be temporary. BOE Chairman Mark Carney held a press conference soon after, but the main take from his comments was the same as before – the BOE cannot determine the monetary path before Brexit takes a direction, which will then decide which way the BOE will go.

The 20 SMA is not letting go

EUR/USD has made a bearish turnaround and it has been on a bearish trend which has been just like a line in the last 5-6 trading days. There has been no retrace higher whatsoever and the 20 SMA is to blame for that, since it keeps pushing the price lower. The fundamentals are not helping with the terrible economic numbers we have been seeing in recent months and the EU just cut growth forecasts further today. So, if we see a decent pullback higher, we will try to get short on this pair.

The Euro continues the downtrend after the negative revision to GDP growth in the next two years. The GBP also lost around 50 pips after the BOE statement earlier today, but Mark Carney left the impression that if Brexit somehow ends up with a positive outcome soon, then the fundamentals of the British economy support rate hikes. The GBP has reversed and it climbed about 150 pips higher, but that’s just wishful thinking to me.

Forex Signals Brief for August 5: GBP Dives After BOE's 50 BPS Hike, US Employment Coming Up
4 days ago
Selling EUR/GBP Below the 20 SMA, Ahead of the BOE Meeting
EUR/GBP has been quite bearish recently, as the BOE has already has hiked interest rates many time and we decided to sell this pair again
5 days ago