Gold Bouncing Off the $1,300 Support Zone, but Finds Resistance at MAs - Forex News by FX Leaders 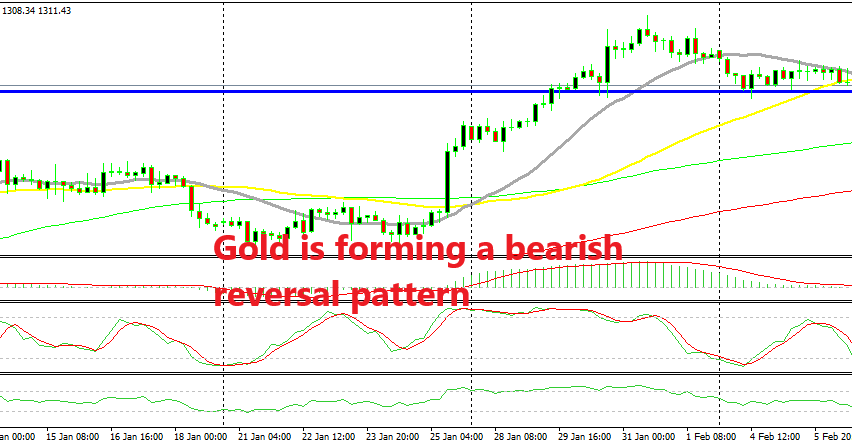 Gold Bouncing Off the $1,300 Support Zone, but Finds Resistance at MAs

GOLD has made a big bullish break, as we have mentioned a few times recently. It pushed above the big round level at $1,300 and above the 100 SMA on the monthly chart and reached $1,326 last week. But it has been sliding lower this week in what seems to be a bearish retrace.

Gold slipped below the 20 SMA (grey) in the very beginning of this week when the markets opened and that moving average turned into resistance after that. The 20 SMA and the 50 SMA (yellow) converged at one point and the 20 SMA won that small battle as it pushed the price lower, breaking below the 50 SMA

The decline continued to $1,302.60 as the lowest print on my broker’s platform. That is in the support zone of the big round $1,300 level, so you can consider it as reaching that support level. The price formed a doji on the H4 chart and the stochastic indicator was oversold at that time, which meant that the bearish retrace lower was complete.

That took place early in the morning yesterday and since then, the price has reversed back up. Gold is now facing the previous support at $1,310 and the 20 SMA, both of which seems to be providing resistance now. So, two support indicators turning into resistance – such a great revelation, right?

The stochastic indicator is now almost overbought on the H4 timeframe and these two indicators are providing resistance, which looks like a good opportunity to go short. But, I think that the buyers will give it another push to the 50 SMA which lies at $1,314-15.

So, I will wait a bit longer before going short on Gold. By that time, stochastic will be well overbought.