US Session Forex Brief, Feb 12 – Forex Market in Standby Ahead of the Carney and Powell Speeches - Forex News by FX Leaders 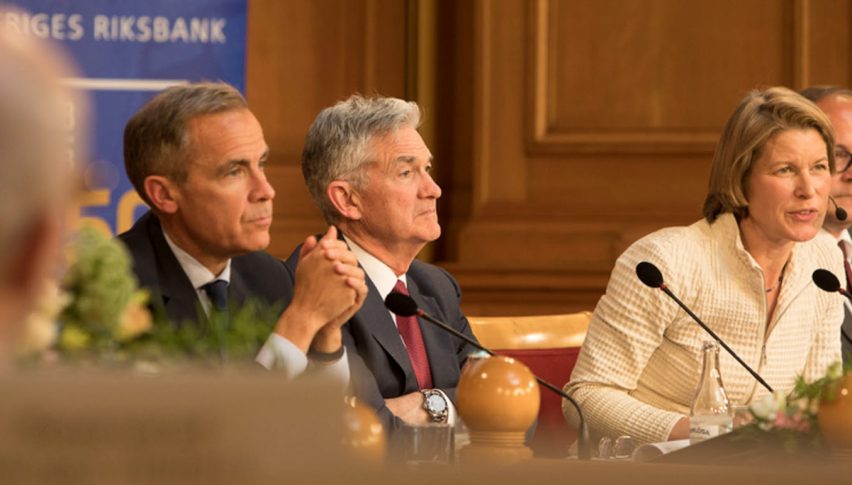 US Session Forex Brief, Feb 12 – Forex Market in Standby Ahead of the Carney and Powell Speeches

Carney and Powell are in spotlight today

The forex market seems to be in standby today. In the recent couple of weeks, we have seen forex traders lean on the USD as the risk of a no-deal Brexit increased and the number of majors to buy decreased considerably. As a result, the market was leaning on the USD as the only safe place to hide, which continued yesterday as well. EUR/USD broke below 1.13 yesterday which seems like a good place to sell today as this pair is retracing higher slowly.

GBP/USD lost nearly 100 pips after a horrible round round of economic data which showed that all sectors of the British economy contracted in December and the GDP declined by 0.4%. Although, that’s not a big surprise. Today, most forex majors are trading in tight ranges as we await the speech from the BOE chairman Mark Carney in some time, while FED’s Jerome Powell will hold a speech in the evening at 17:45 GMT.

I don’t expect Carney to give the GBP direction because no one knows what path Brexit will take, not the Bank of England, not the British Parliament and not the UK Prime Minister either. Theresa May called off the Parliamentary meaningful vote on Brexit today and she will put forward another motion by February 27. That pushes the uncertainty further down the line for another couple of weeks which hurts the sentiment towards the GBP and the Euro.

There is some strange price action in safe haven currencies as the JPY and the CHF continue to slip lower, while GOLD, which is another safe haven asset, has reversed higher after bouncing off the newfound support above the $1,300 level. Stock markets are also running higher today and one of the reasons is the positive comments from Chinese officials yesterday regarding trade talks between the US and China.

EUR/USD made a bearish reversal two weeks ago after it failed to hold on above 1.15. It has been in a really straightforward downtrend since then with bounces being really minimal during this time. The 20 SMA (grey) has been pushing the price down and when that has been challenged, the 50 SMA has come to the rescue for sellers.

Today, we have been seeing EUR/USD retrace higher and pushing above the 20 SMA on the H1 chart, but we’re approaching the 50 SMA (yellow) which should provided decent resistance above. That moving average comes at 1.13, which is also a support and resistance level in itself, and the stochastic indicator is now already overbought, which suggests that the retrace higher is complete.

The US Dollar has been on a solid bullish trend in the last couple of weeks, although we see that it is under some slight pressure today as it retraces lower. But, this might be a great opportunity to go long on the USD, as we plan to sell EUR/USD soon. FED’s Powell is speaking in 4 hours, although we hope to get a couple of trades until then.