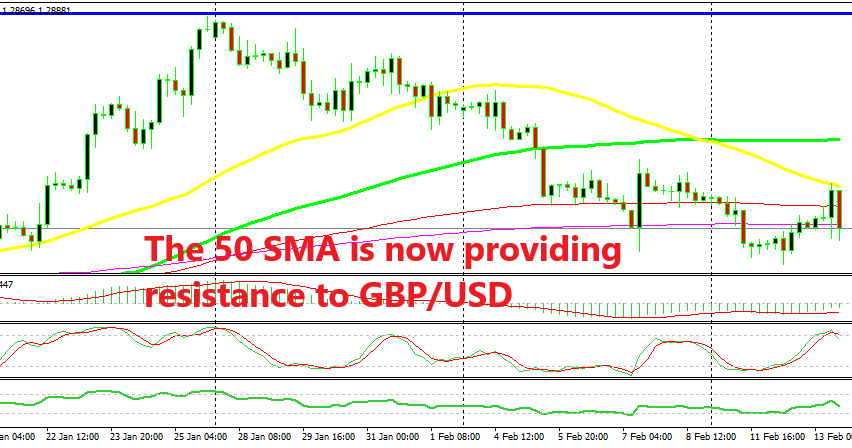 GBP/USD was trading on a bullish trend for most of January after it bottomed out at 1.24 lows in the first trading day of this year. This pair climbed around 8 cents during this period and the indicator which was defining the uptrend was the 50 SMA (yellow) as it provided support during the pullbacks.

But, the sentiment surrounding Brexit changed and the trend for the GBP/USD shifted from bullish to bearish. The price broke below the 50 SMA and all the other moving averages. The 100 SMA (red) provided support for some time last week, but that moving average was broken as well.

That put the sellers in total control, not that any side has a clear hand on the GBP since Brexit is driving the price action now. Although, we can see that the sellers are in control because the precious support, has now turned into resistance. That’s the 50 SMA which provided resistance during the spike on some positive Brexit rumours this morning. This moving average stands at 1.2950 at the moment and it looks like a pretty good place to go short from, so if you are thinking of selling GBP/USD, keep this moving average in mind on the H4 hart.

Will GBP/USD Head for Parity Too, As UK Economy Heads Into Recession?
5 days ago