A stronger dollar was holding WTI crude oil prices in line because of its negative correlation with commodities. But recently, the energy sector is reacting and most of the movement is on the upper side. It’s mostly due to a sharp drop in the US retail sales which is making the dollar weaker and oil bullish.

On the fundamental side, the remarks from Jihad Azour, Director of the Middle East and Central Asia Department at the International Monetary Fund (IMF), are supporting crude oil prices. By the way, he stated that the OPEC’s biggest producer Saudi Arabia would require oil prices at $80-$85 per barrel to balance its 2019 budget. 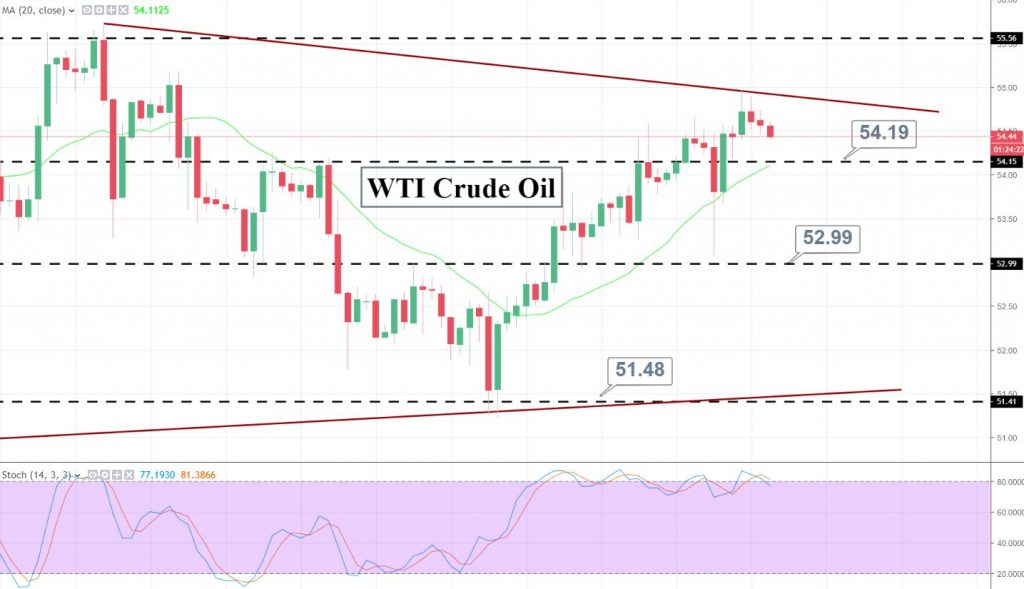 Waiting for the Retrace to the 20 Daily SMA to Sell Crude Oil
13 hours ago
Crude Oil to Take Another Hit on US Inventories and CPI Inflation Today?
Crude Oil made a $3 bearish reversal yesterday as US inflation and Oil inventories report approach
1 week ago