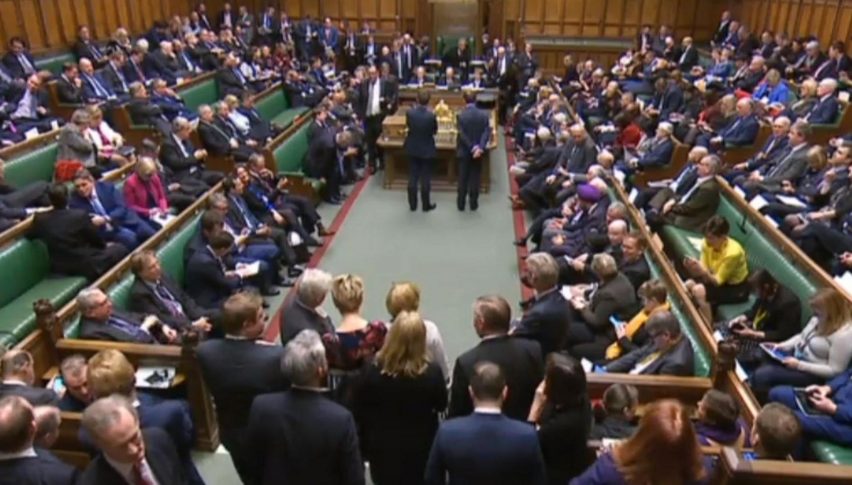 No one knows who is supporting what in Britain anymore

The mess that is the British politics is getting even messier. Earlier this week we saw seven Labour MPs leave the Party to create “The Independent Group” for reasons that only they know. Today, three more MPs left to join this group, although these three seem more reasonable since Theresa May’s government is guilty to a large degree for this mess that Brexit and the UK is right now. But, the Labour MPs leaving the Party doesn’t make much sense. They stated a few weak issues that they had, but we have already forgotten their “issues” because they were nonsense, so the question arises, who has paid them?

Anyway, the GBP didn’t mind the Labour MPs leaving as GBP/USD surged nearly 200 pips yesterday, but it is feeling the pressure today since Theresa May’s majority now falls to just 224 together with the DUP Party of Northern Ireland, which is very close to the 222 minimum. If there will be additional Tory MPs leaving, then May is out of business. As a result, the GBP has been one of the weakest currencies today.

That said, we’re not seeing wild moves in financial markets today apart from GOLD which makes new highs, although that’s where the cash flows to when the uncertainty is high. The reason for the low volatility today is the FED which will release the FOMC minutes from their last meeting. Although, I don’t expect much from these minutes since the FED made its position clear in the last meeting and during these past two weeks with their comments. The FED has shifted from extremely hawkish in the last two year to less hawkish and less aggressive regarding rate hikes now.

A while ago, we went long on US Oil as the price was retracing lower on the H1 chart. The retrace seemed complete since the stochastic indicator was oversold and the 50 SMA (yellow) was providing support as well. I wanted to get a confirmation of a bullish reversal when I opened this trade and now, the confirmation has arrived. The previous candlestick closed as a doji which is a reversing signal.

Markets continue to remain pretty quiet today as they have been all this week. I expect this to continue until the FOMC minutes are released, but even after that, I don’t see too much drama coming up. But, we might finally get a direction in forex since we have only seen some scattered price action in the last few days.