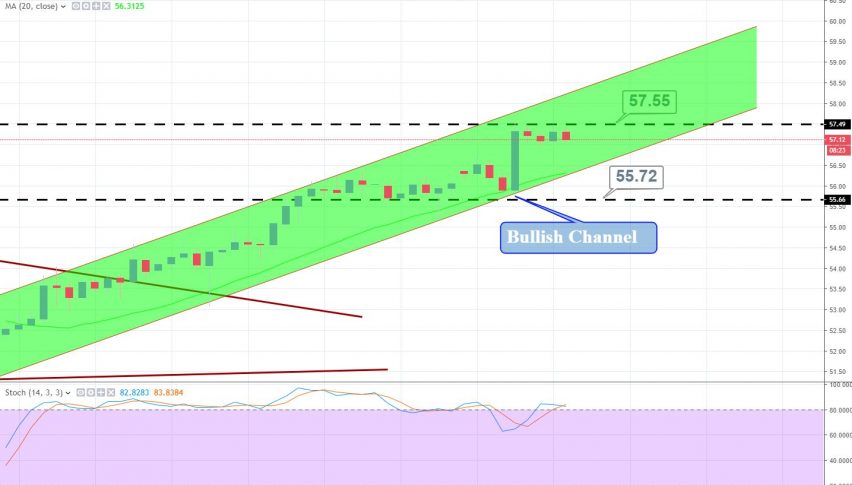 EIA Stockpiles Report
Today at 16:00 (GMT), the EIA is due to report the stockpile report with a forecast of 2.9M build vs. 3.6M build beforehand. This indicates an increase in the demand for crude oil during the previous week. Perhaps, the speculators increased their bets on oil on the sentiments of Iran’s sanctions, and trade war could have triggered more demand.

Geopolitical Tensions – Trade War
The world’s two biggest marketplaces have slapped tit-for-tat tariffs on hundreds of billions of dollars of goods, slowing global economic growth. However, the recent developments in trade discussions seem to be in favor of China, which is triggering demand for crude oil.

Crude Oil – Technical Outlook
As you can see on the 4-hour chart, crude oil is struggling to break out of a bullish channel pattern near $57.50. But it has entered the overbought zone at the same time. You can see the RSI, literally, it is trading near $80. 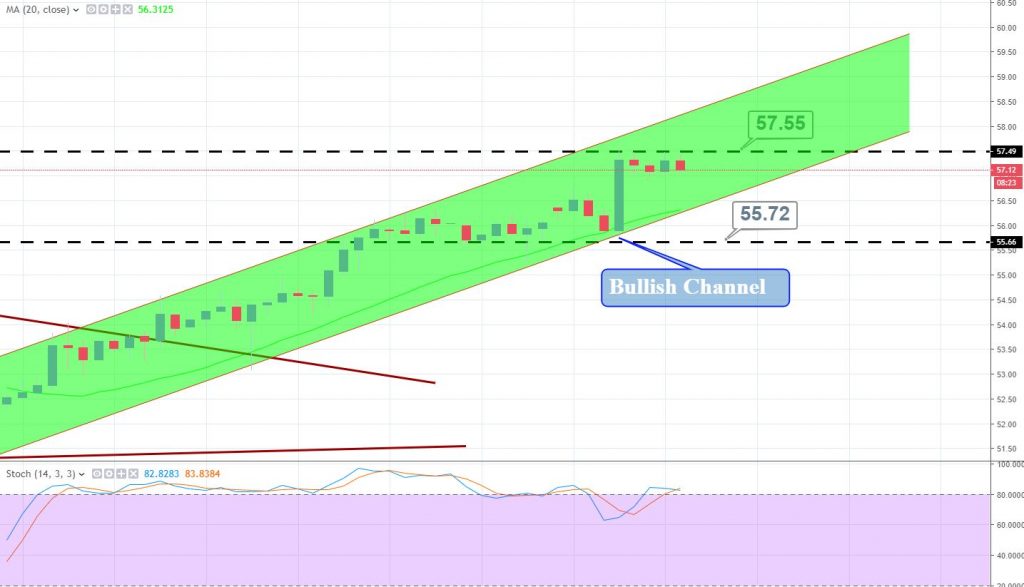