US Session Forex Brief, Feb 22 – Traders Preparing for Next Week as this Week Heads Towards the Close - Forex News by FX Leaders 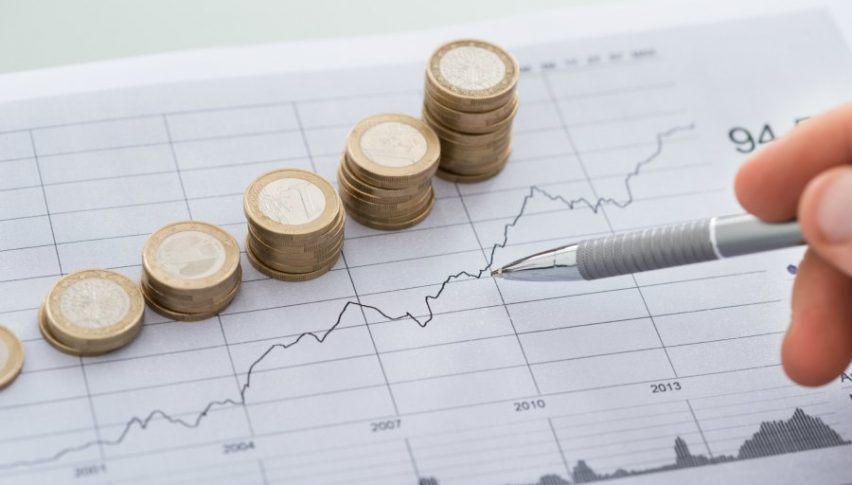 US Session Forex Brief, Feb 22 – Traders Preparing for Next Week as this Week Heads Towards the Close

The Eurozone inflation report didn't really give us any direction today

The financial markets have been pretty quiet once again today, trading in a tight range. The stock markets are sort of bullish as they crawl higher, but only slightly. The uptrend continues in indices and they have made some new highs for the year today with S&P500 leading the way. This morning we had the Ifo and ECB’s Ewald Nowotny repeat that the German economy is expected to remain weak and growth will likely be revised down after the the decline in the business climate in Germany. But, that didn’t hurt stock markets which keep creeping higher. Donald Trump is loving this as he measures the success of his administration on stock markets.

We had a number of economic releases this morning from the Eurozone, with the German Ifo business climate indicator declining for another month and missing expectations. The GDP for Q4 remained flat as well in Germany which is not a good signal after the 0.2% contraction we saw in Q3. Inflation remained unchanged in the Eurozone at 1.4%, while core CPI (consumer price index) remained at 1.1%. Although, inflation declined by 1.0% in January. The mess continues in Britain as more MPs threaten to leave the two major parties which increases the uncertainty for the GBP, hence the decline today. 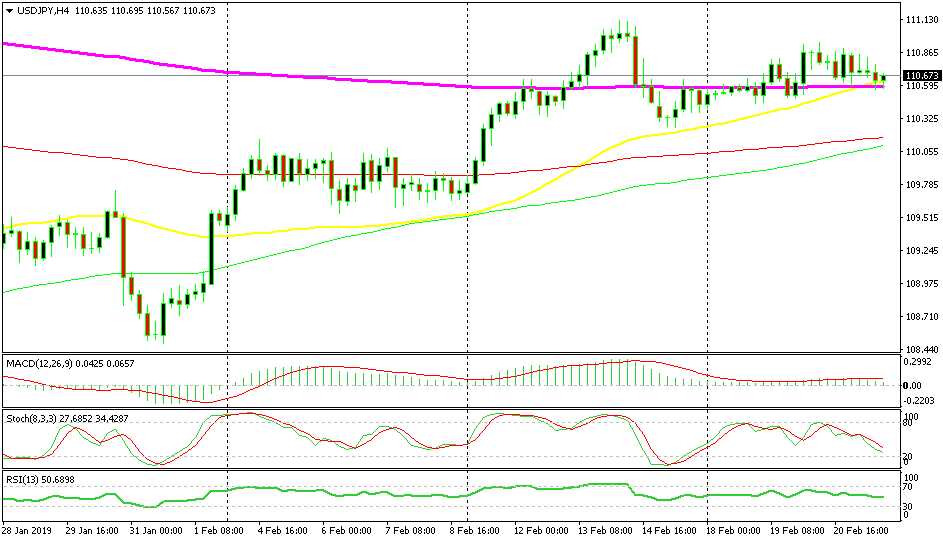 The 200 SMA is holding well in USD/JPY

Just a while ago we closed our buy forex signal in USD/JPY as this pair bounced off the 200 SMA (purple) on the H4 chart. This moving average has been providing solid support during the second part of this week and the 50 SMA (yellow) has caught up as well and it is adding strength to the support. But, the USD lost around 20 pips after the Bloomberg announced a numbr of US companies to be targeted for retaliation on US Auto tariffs which has brought the price back down here again. I am thinking of going long again if the price touches the 200 SMA soon.

The inflation report from the Eurozone and the retail sales from Canada didn’t have much impact today on the respective currencies and the markets have been trading in tight ranges. But, we have a number of central bankers speaking in the afternoon with ECB’s Mario Draghi coming up in about an hour and four FED members also holding speeches, so keep an eye on them. Although, we will cover Mario Draghi’s speech live and the others’ on our economic calendar.