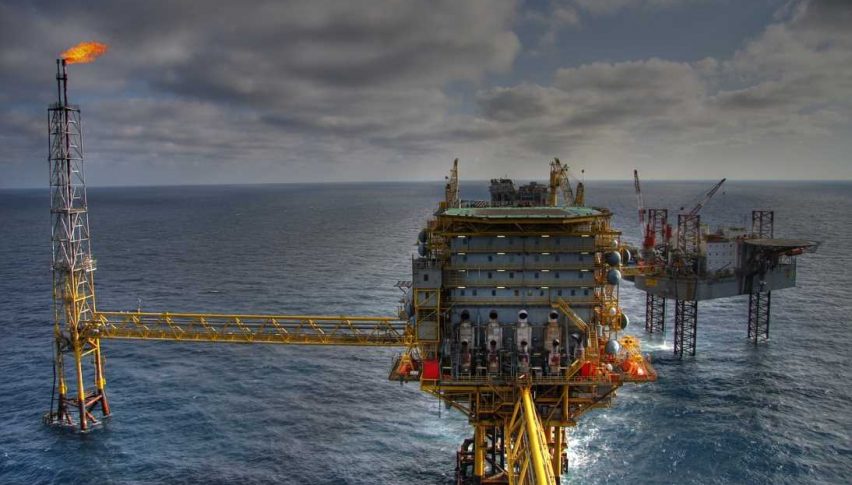 It Has Been A Wild Monday In WTI, Highlighted By A $2.45 Session Range.

Today has brought heavy selling to April WTI crude oil futures and a plunge of more than $2.00 per barrel. The bearish action began around 7:30 AM EST this morning, prompted by a Twitter jab at OPEC courtesy of President Trump. My colleague Skerdian covered the situation as it developed. Check out his analysis here.

The U.S. session has continued the bearish action and put in a test of the $55.00 level. Since this area was first challenged a few hours ago, bulls have dug their heels in just above $55.05 in April WTI crude.

Following an OPEC production cut and the opening stages of seasonal institutional buying, April WTI crude oil rallied to yearly highs of $57.81 last Friday. It appeared as if a test of $60.00 was imminent. Now, $55.00 may be set up as a potential value area.

Here are a few levels to watch as we move into the weekly crude oil inventory cycle:

Bottom Line: At press time (1:45 PM EST), WTI is showing signs of life. Prices are well off of intraday lows and a late-day buyback may be brewing. If so, a close near the $56.00 handle will become likely. If not, a long trade from daily Fibonacci support may set up for later in the week. Until elected, I will have buy orders queued up from $54.06. With an initial stop at $53.49, this trade produces 50 ticks on a slightly sub-1:1 risk vs reward management plan.

Today’s sell-off has challenged the intermediate-term uptrend. In my view, April WTI is still very likely to test $60.00 before contract expiry. With a bit of luck, a buy entry from just above the 62% Current Wave Retracement ($53.98) will come into play by Friday’s closing bell.