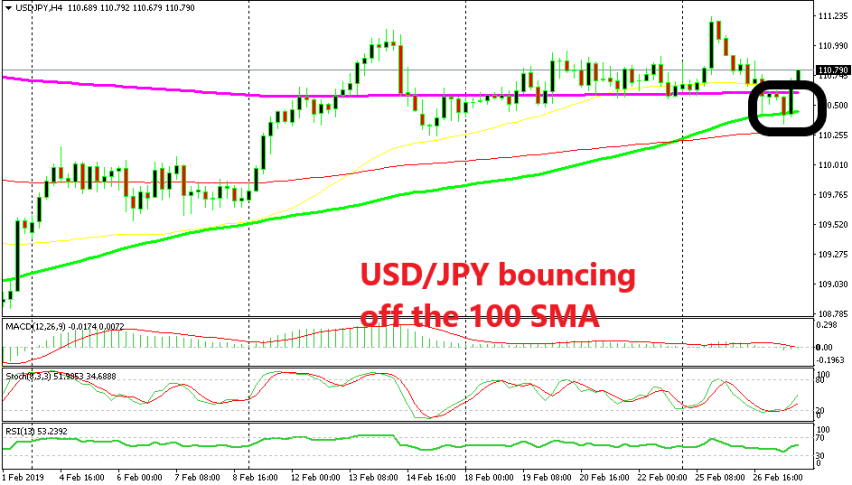 Another Moving Average Comes Into Rescue For USD/JPY

USD/JPY has climbed back above the 200 SMA

USD/JPY has been on an uptrend since the beginning of January after a massive 5 cent crash on the first trading day of the year amid some really thin liquidity. This pair pushed above the big round level at 110 at the beginning of this month and it found support at the 200 SMA on the H4 time-frame during dips.

We went long at the 200 SMA (purple) last week and booked profit on that trade on Monday as the sentiment improved further and USD/JPY jumped above 111. But, the skirmish between India and Pakistan started after a suicide bomber killed 40 Indian soldiers and the sentiment turned negative immediately.

We decided to go long on this pair again yesterday at the 200 SMA, but the skirmishes continued today with planes being short down by both sides, so another wave of selling occurred as the safe haven assets attracted more bids. As a result, USD/JPY declined to 110.35.

The 100 SMA (green) was standing at that one and it seems like the sellers called it a day right there. The price has reversed and has climbed nearly 50 pips in the last several hours. Now it seems to be heading for 11 again, so we are holding on to our buy trade in this pair.