How Much Will US Auto Tariffs Weigh on Germany? - Forex News by FX Leaders 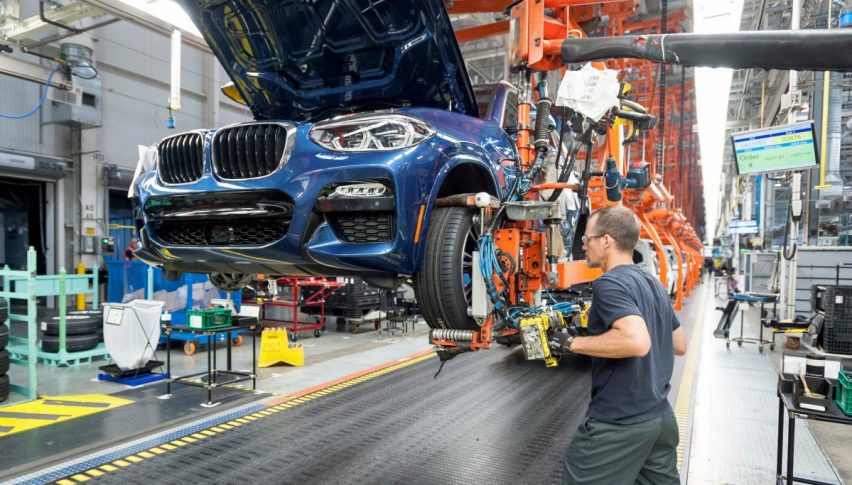 How Much Will US Auto Tariffs Weigh on Germany?

During the US presidential campaign, one of the main promises that the winning candidate Donald Trump made was the reduction of the country’s debt and the trade balance deficit, besides bringing back manufacturers from abroad and reducing immigration. Well, these promises won Donald Trump the seat of the President of the United States and he didn’t waste much time to get started with implementing these promises.

The trade war with China started early last year with a 10% tariff on a bunch of Chinese goods worth $50 billion which increased to $250 billion later on. The funny thing is that the US trade deficit with China increased further in 2018 to -382,331.5 from -375,576.4 in 2017 despite China agreeing to buy considerable US goods, especially agricultural products.

Although, the trade negotiations are ongoing and, when an agreement is reached, the US will likely see some positive outcomes regarding trade balance with China, but it remains to be seen how it will evolve because there are quite a few issues between the two giants. But at last, that front in the trade war is diminishing.

Now, Trump is opening another front in this war which will target the EU in general but we know that the real target is Germany. Donald Trump hates Angela Merkel for certain reasons and he has shown that by making fun of her. Now he has a chance to show his contempt and his administration has been compiling a report on how to proceed with auto tariffs on the EU, but we know that this is targeting Germany since Germany holds a big trading surplus.

Of course the trade surplus of Germany mainly comes from Autos which include auto parts as well as machinery and equipment. Germany is the first country in the global automotive exports in terms of value worth €230 billion. Of that, €27.2 billion goes to the US. That’s on top of German cars produced in America. Below is a table which shows German exports by industry. 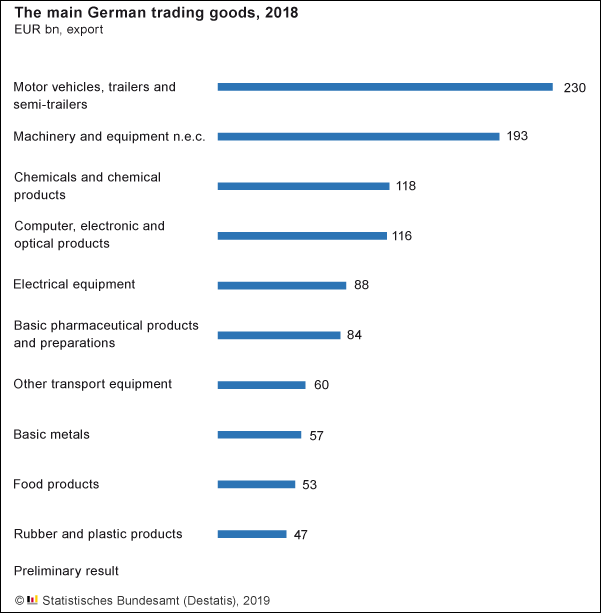 In contrast, the US exported to Germany only €5.2 billion worth of automotive. That leaves us with a €22 billion gap. These figures were released a while ago by the German statistics office. I don’t know if Donald Trump has seen this chart but he won’t like it when he does. Some top EU officials are negotiating with the White House administration, but if the EU doesn’t remove its 10% tariff on US cars I’m 100% sure that Trump will put tariffs on European cars soon.

Even if the EU agrees to remove the tariffs, I’m like 80% sure that Donald Trump will push ahead to help the US car makers increase their share in the US market since Europeans don’t really buy US cars even without tariffs, because most US cars are not feasible for Europe. They are too big in general and consume too much fuel by European standards. Fuel costs a lot more in Europe than in the US.

In that case, German car manufacturers would lose 50% of their exports to the US. Some economists say that German car makers could even lose €17 billion if Trumps slaps a 25% tariff on European cars. The Eurozone economy is going through a weak phase and manufacturing is suffering the most. This sector is in contraction in Germany and Italy, so after tariffs it will get even worse. That seems to be the course in the next few coming months, so we’ll see how this will go.

Forex Signals Brief for September 15: US Retail Sales and Manufacturing on the Agenda
2 weeks ago