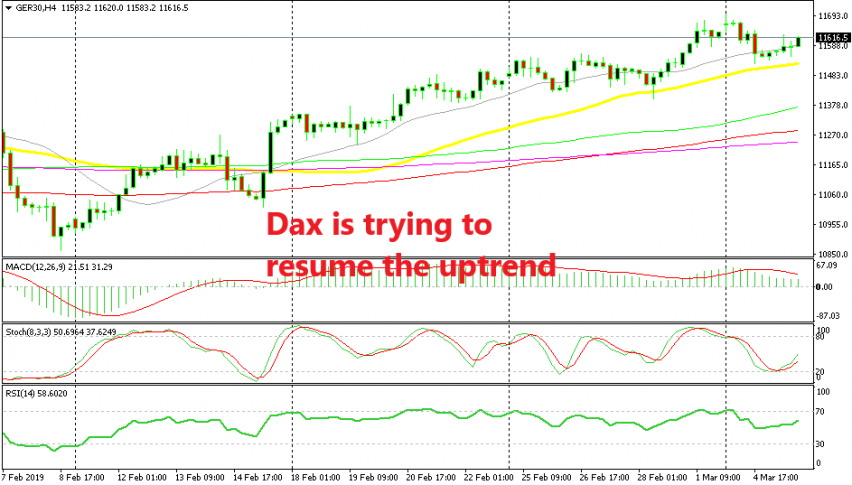 The 50 SMA provided support for Dax30 without touching it

The S&P500 dived lower yesterday in the US session together with the rest of major stock market indices as the US politics messed with markets once again. Just like the S&P, the German [[Dax30]] also dived yesterday, but at a smaller degree. S&P broke the 50 SMA (yellow) on the H4 chart, while Dax didn’t.

I was thinking about going long on Dax yesterday but held my guns since the decline was quite ferocious. So, I left it for today. I saw that the sentiment was improving this morning and the 50 SMA was standing its ground, so I decided to take that opportunity and go long on this index.

The stochastic indicator was overbought in the European session which meant that the retrace lower was complete. So, we bought Dax around 50 pips lower and now we’re well in profit with this trade. The US non-manufacturing PMI report was really today, especially new orders which jumped to the highest level since 2005. That should help increase activity in the coming weeks. That improved the sentiment further in financial markets and stock markets are climbing higher. Now let’s wait for the price to reach our take profit level.